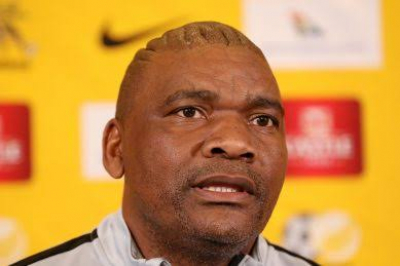 South Africa coach Molefi Ntseki has priased the performance of his side after they narrowly defeated Sudan 1-0 in their 2021 Africa Cup of Nations qualifier on Sunday.

The Bafana Bafana boss believes his side must be praised for the resolute performance they put up that ensured their team got their first points for the qualifiers of the tournament to be played in Cameroon.

Lebogang Phiri inspired Bafana Bafana to their first win in the group after skilfully bamboozling his way past Sudan’s defence to help his country kick start their Afcon campaign.

This comes after South Africa lost their opening match against Ghana on Thursday and Ntseki believes his players made amends for their unimpressive showing in the 2-0 defeat in Cape Coast.

"Congratulations to the boys, [for] the effort they have to put, especially if you look at it in the second-half, the legs were gone and we can understand why: because of the travelling," Ntseki explained to SABC.

"They put in a very good fight, trying on transitions moments to get a goal and missing chances. The chances we missed in the second-half took a lot of energy out of our players but I think defensively we did well,"

"We were compact, we did not allow them to play the ball behind our defence, because what we have seen with them they depend more on switch play to get behind the defence, so we dealt well with that situation.

"Firstly, compliment because you can't create chances if there's no movement, if there is no commitment, the belief to get to the box and create those chances. We compliment. All that was important for us was composure when we were about too finish.

"If you look at the chances we missed in the first ten minutes of the game we could have just tapped the ball in, we couldn't, so at half-time we said, "no, no, we're creating chances let's be composed, let's pick the spot and get goals".

"What actually derailed our play [in the second-half] was [Thapelo] Morena picking up a knee injury, [Thulani] Serero a bit of injury and remember Dean Furman played 90 minutes in Ghana, Sifiso Hlanti also 90 minutes and also the captain [Thulani Hlatshwayo], part of the work had to be done especially on the sides, that's why we had to reserve Sifiso from going forward and stay at the back and Dean Furman we also said "you don't have to go [forward], just give us balance", so I think under the circumstances we did well, we got the three points we were looking for."