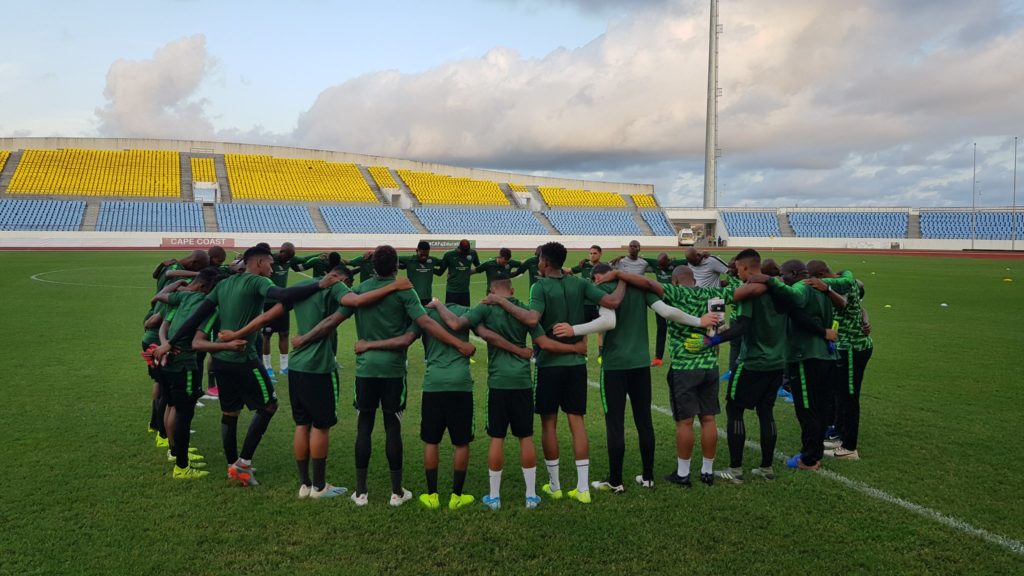 South Africa held their first training session in Cape Coast on Tuesday afternoon ahead of the 2021 Africa Cup of Nations qualifier against Ghana on Thursday.

Bafana Bafana had their chance to play on the Cape Coast Stadium pitch where the match will played at 1900 GMT.

Coach Molefi Ntseki trained for nearly two hours as they prepared for the game with no injury concerns.

The team arrived in Ghana on Monday evening and moved straight to Cape Coast after the two hour bus ride from Accra.

Having rested enough since they arrived in the small hours, coach Ntseki put his players through their paces at the Cape Coast Stadium ahead of the game on Thursday.