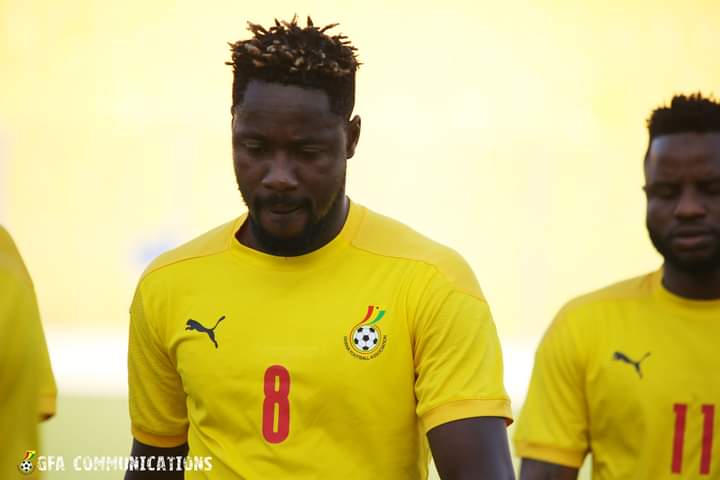 The Beitar Jerusalem striker was tipped to succeed Gyan as the next hit-man of the senior national football team. However, injuries have hampered the chances of the former Red Star Belgrade striker.

Boakye-Yiadom made a return to the national team last November for the 2022 FIFA World Cup qualifiers after a three-year absence.

The 28-year-old also made it into the squad for his second AFCON after failing to make an appearance in the 2013 tournament in South Africa due to injury.

Speaking at the pre-match conference ahead of the Ghana-Gabon game on Friday, Yiadom says that in order for any Ghanaian striker to get to the level of Asamoah Gyan, there has to be patience and consistency from everyone.

“I am much honoured to be compared to Asamoah Gyan who has made a lot of impact in the national team. I have heard people say and I have read it. When I returned from China I sustained some injuries that slowed me down a bit.

“For me to get to the level of Asamoah Gyan, we need consistency in the national team as he did. We just don’t use one day to improve or build on something, it takes time. When you the fans give us time and we keep three or four strikers together and begin to work on them, we will be able to come close to what he did”.

“I am honoured to be compared to Asamoah Gyan, I am still young and have more time to work on myself”, he added.

The former Juventus striker also pleaded with Ghanaians to rally behind the team ahead of their game against Gabon today.

Ghana coach Milovan Rajevac also at the presser says all the players are fit and there is no recorded cases of COVID-19 in Ghana’s camp.