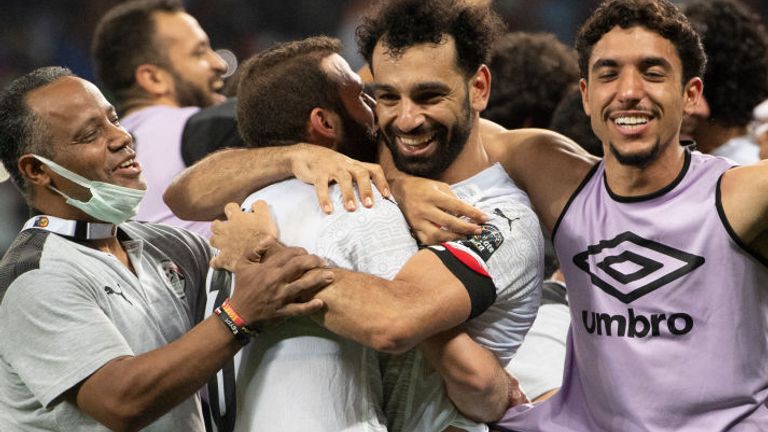 Egypt will come up against Morocco in a North African derby in the quarter-finals after the seven-time champions overcame Ivory Coast in the round of 16 on Wednesday.

The Pharaohs remain on course for their eighth Africa Cup of Nations crown as they won the pulsating encounter on 5-4 penalties.

The game ended goalless after 120 minutes. Despite no goal, the game was lived up to expectations as both continental giants put on impressive displays.

Egypt will face Morocco in the last eight in Yaounde on Sunday (16:00 GMT).

The finale was somewhat harsh on Bailly, who had performed superbly at the back while sporting a rugby scrum cap on his return from a head injury.

Yet he took a short run-up for his penalty and placed his effort too close to Gabaski, who dived to his right and stuck out his left hand to push the ball onto the bar.

The Zamalek keeper had come on right at the end of the second half after the impressive Mohamed El Shenawy picked up a leg injury.

Shenawy is, however, expected to be fine for Sunday's match against Morocco.