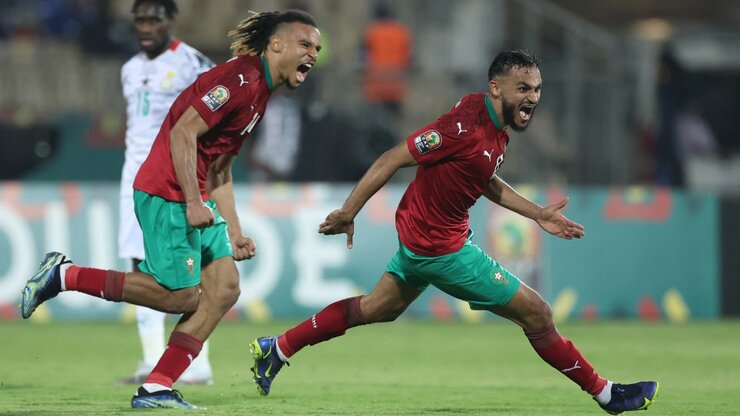 Ghana lost their opening match at the 2021 Africa Cup of Nations on Monday after a disappointing performance resulted in a 1-0 defeat against favourites Morocco.

Sofiane Boufal scored the game's only goal in the 83rd minute as Morocco claim another win over the Black Stars.

He pounced on to a loose ball before hammering his effort into the far corner.

Before that, the impressive Joseph Paintsil came very close to giving Ghana the lead with a fine effort from the edge of the box.

The North African side came into the game having won all six of their World Cup qualifiers last year, but the 1976 winners were made to work for their three points.

Wolverhampton Wanderers defender Romain Saiss had gone close for the Atlas Lions, heading narrowly off target in a tight first half.

For all of Morocco's possession, Vahid Halilhodzic's side were nearly behind in the 73rd minute as Joseph Paintsil's curler was superbly stopped by keeper Yassine Bounou.

Black Stars skipper Andre Ayew also went close with a looping volley only for Angers' Boufal to net the winner at the other end minutes later.

And, after taking the lead, Morocco nearly doubled their advantage in the closing stages with Samy Mmaee heading a set-piece just wide.

Morocco have now beaten Ghana on two consecutive occasions, having won by a similar scoreline in a friendly match last year.

Ghana's next game is against Gabon and the Black Stars must win to stand a good chance of making the next round of the Afcon in Cameroon.