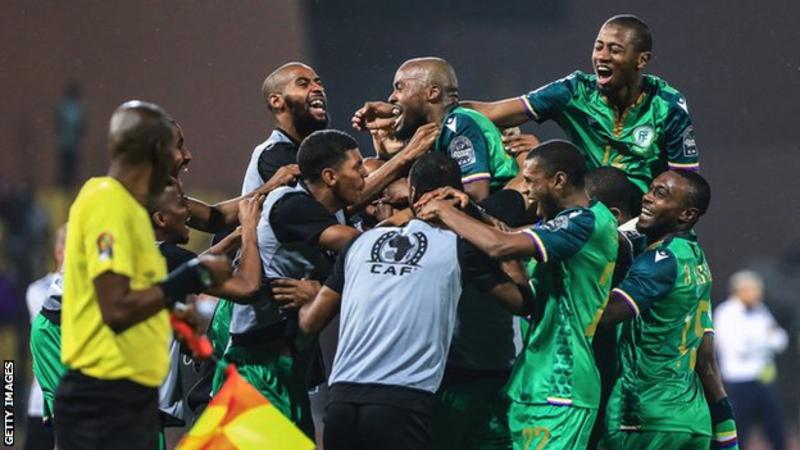 Comoros have made history by reaching the knockout stage of the ongoing 2021 Africa Cup of Nations tournament.

With three points, the debutants have progressed as one of the best third-placed teams and are set for a difficult test against Cameroon.

Comoros, rated 132nd in the world, achieved qualification thanks to Ivory Coast stupendous display to down reigning champions Algeria.

A win for Alegria would have meant the exit for Comoros, who humbled Ghana in their last group match on Tuesday night.

But Ivory Coast recorded a 3-1 win - a result that will not only be celebrated in the West African country but in Comoros as the former French colony stay in Cameroon has been prolonged unexpectedly.

Comoros has a population of just under one million but have made their mark at the tournament.

They will hope for another fairytale result in the round of 16 clash against the host nation who are heavily tipped to win the trophy.