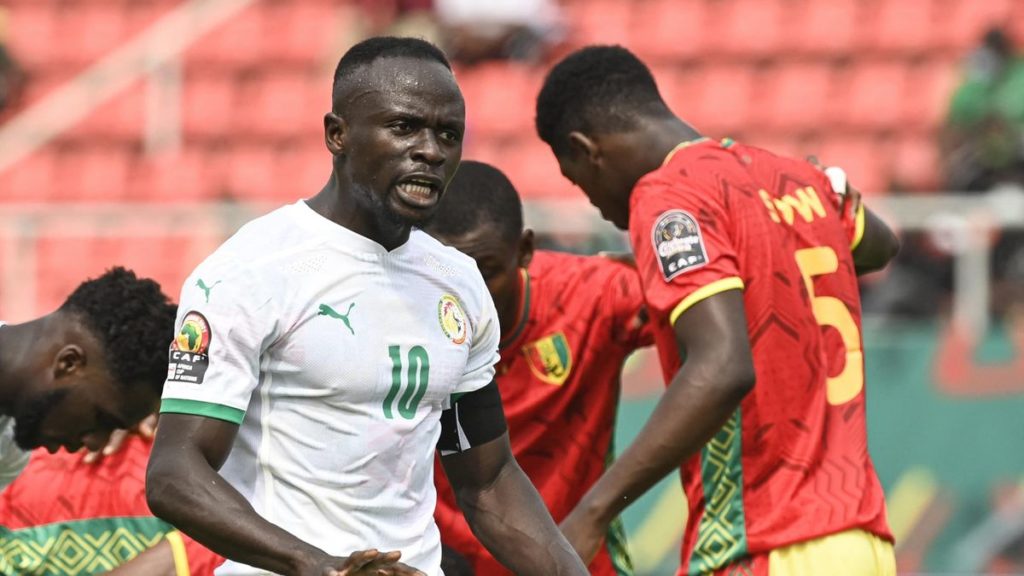 The West African derby between Senegal and Guinea ended in a stalemate with both teams failing to score in the Group B encounter on Friday afternoon.

Guinea were slightly ahead in the first half with their best chance falling to Morgan Guilavogui on the half hour, but his close-range shot was parried away by Seny Dieng.

However, Senegal were the better team in the second half. Abdou Diallo went close from a short corner, but his header was tipped over the bar by Aly Keita.

And Sadio Mane set up Bouna Sarr who cut inside and aimed to lace his right-footed effort into the bottom corner, but it flew wide of the right post.

Mane’s teammate at Liverpool Naby Keita, who recorded the game's only shot on target, picked up the man of the match award.

The result means Senegal are top of Group B on four points. Guinea, meanwhile, are level with four in second after two matches played.

Both teams are in a good position to make it to the next stage of the competition.