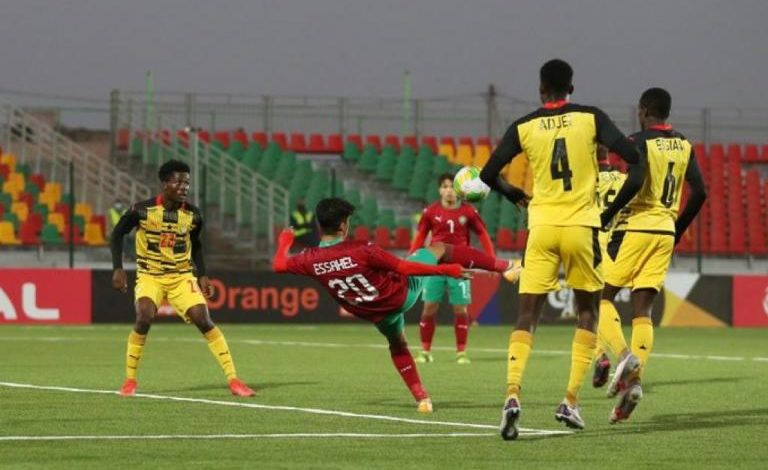 The Black Satellites of Ghana managed to hold off Morocco to a goalless stalemate on matchday two of the ongoing U-20 Africa Cup of Nations on Friday.

The West African side maintained the grip on the summit of the Group C standings with a scoreless draw at the  at the Stade Municipal in Nouadhibou.

The young Atlas Lions looked dangerous in the early minutes of the match as goalkeeper Ibrahim Danlad made two magnificent saves to deny Mohammed Essahel and Ayoub Mouloua from scoring before the break.

In the 28th minute, Dreams FC youngster Percious Boah nearly broke the deadlock for the Black Satellites with an outstanding free-kick but his strike was fisted out by goalkeeper Alaa Bellaaroucha.

The first half was a quite compatible game between the two teams as it ended in a dull draw.

Back from the break, Anim-Cudjoe and Afriyie Barnie were introduced as replacements for Patrick Mensah and Joselpho Barnes respectively with hopes of breaking the deadlock.

Youngster Mohammed Sulemana came close to score his debut goal for the Ghana U20 at the tournament but his effort on the 67th minute went wide.

WAFA's Sampson Agyapong was also introduced on the 80th minute as the Black Satellites were in search for at least a goal before the final whistle.

Both sides failed to make good use of the numerous chances created and set-pieces awarded to them by the referee as the match ended in a 0-0 draw.