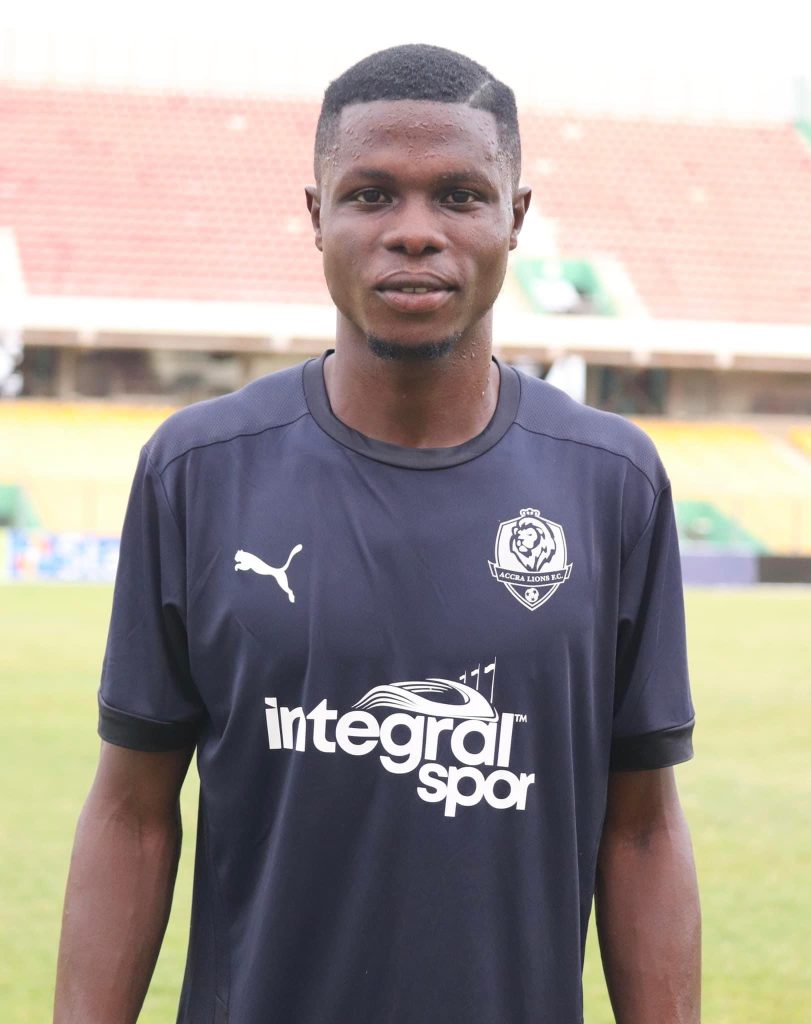 Jacob Mensah has been named Man of the Match in Accra Lions' victory over Nsoatreman in the Ghana Premier League matchday 5.

The centre-back was in outstanding form for the Accra-based side, helping the club to another clean sheet.

Mensah partnered with Samuel Gyimah in the heart of defence, stopping the threats of Nsoatreman forward Samuel Ofori.

Meanwhile, first half goals from Daniel Awuni and Fredrick Asante were enough for the host to collect all three points on Saturday afternoon.

The visitors threatened in the early minutes after strikes from Samuel Ofori and Abu Ushaw from long range.

However, the game quickly turned around after a brilliant run from Hagan Frimpong on the right, before sending in a cross which was met by Awuni for the opener after ten minutes.

Awuni almost got an assist after serving Asante from a fine one-two between the two players, but the latter's effort was heavy.

Accra Lions were forced into an early change after left-back Baba Salifu Apiiga picked a knock halfway into the half, and was replaced by Morris Fuseini.

The hosts continued to press resulting into a defensive miscommunication between Nsoatreman defender Richard Akrofi and goalkeeper Yaw Owusu Ansah, which Accra Lions forward Asante profited from to double their lead.