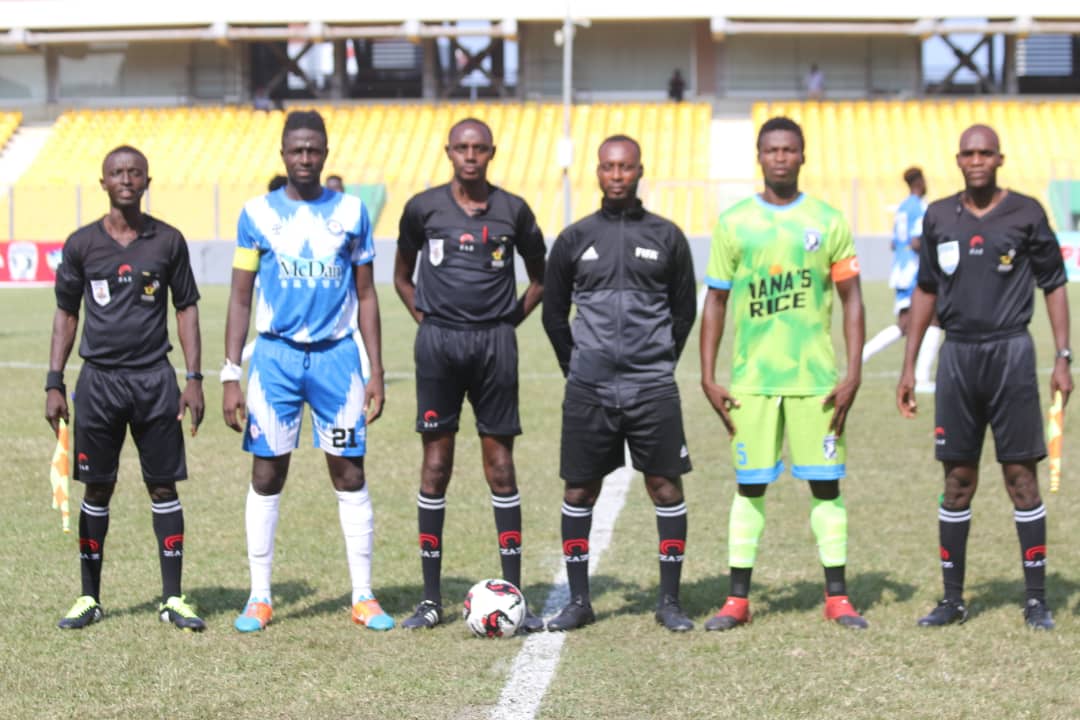 Great Olympics opened the 2022-23 Ghana Premier League with a winning start after beating Bechem United at the Accra Sports Stadium on Saturday afternoon.

A second half strike by substitute Samuel Abbey Ashie-Quaye was all the Dade Boys needed to record a 1-0 victory over a stubborn Bechem side.

It's also the opening Yaw Preko wanted to begin this era as the head coach of Olympics having replaced Annor Walker who had a decent time in charge for over two seasons.

Former Ghana international midfielder Emmanuel Agyemang-Badu was handed a starting role as he made his competitive debut in the Blue and White shirt.

The first half of the game ended barren since both sides failed to exploit each other's weakness to find the back of the net.

Ashie-Quaye was introduced in the match at the start of the second half as he took the place of Adrian Adjetey.

The former Ghana U20 star got the breakthrough to put the Wonder club ahead in the 81st minute and that goal eventually won the match for the home side.

Defender Abdul Bashiru was named man of the match after the game.