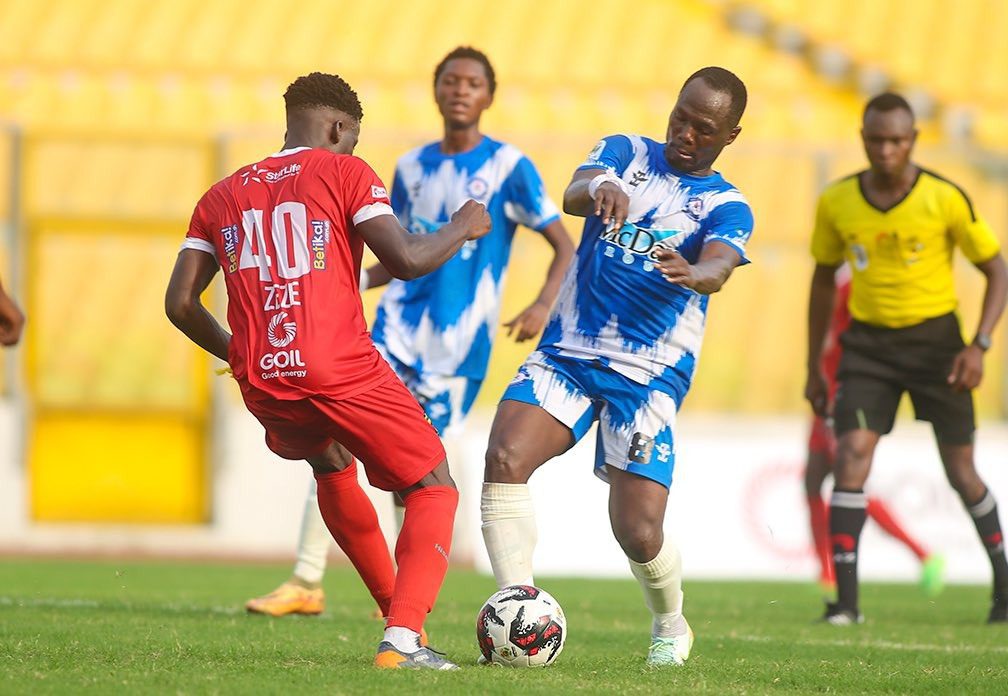 Appau scored in the 10th minute of added time after 90 minutes to give the Porcupine Warriors a point at Baba Yara Stadium.

Great Olympics came into the game in poor form, having lost three consecutive games, whereas Kotoko had performed admirably, but it was the Accra side that came close to taking all three points.

Two minutes after halftime, Olympic took the lead. Olympics defended bravely, frustrating Kotoko, who threw everything at them in search of an equaliser.

Fortunately for Kotoko, their perseverance paid off in the 100th minute when Appau produced a fantastic header that went straight into the net to earn Kotoko a point and keep them in the top four.

As a result of the draw, Kotoko miss out on going to the top of the table, albeit for a short time, as Olympics drop out of the top half after extending their winless run to four games.

Kotoko will hope to bounce back in their next game against Tamale City on Wednesday, while Great Olympics face Bibiani GoldStars at home.