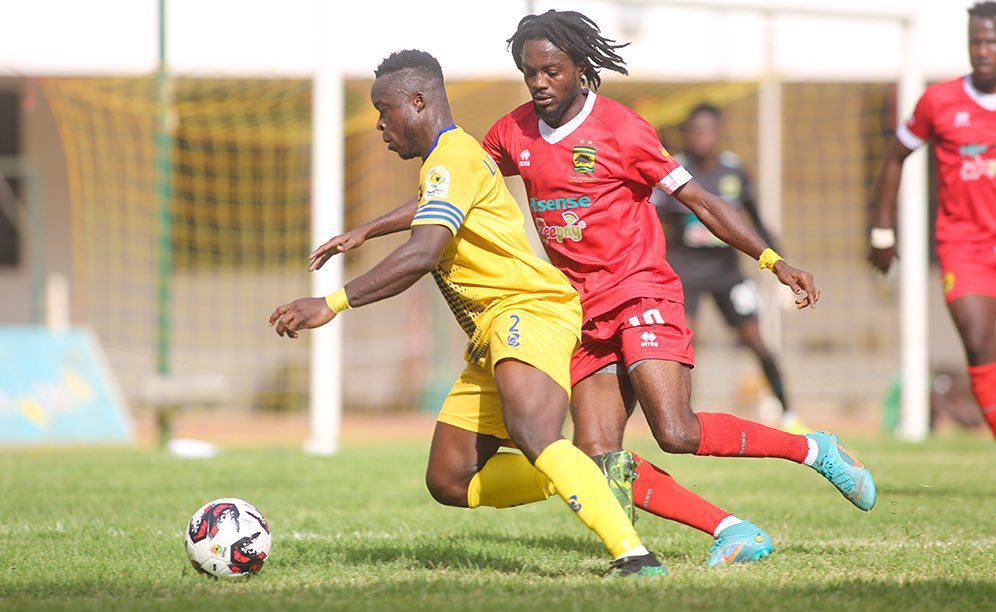 Tamale City FC continued with their quest to avoid the relegation zone at the end of the season when they came from behind to share the spoils with giants Asante Kotoko SC on Wednesday afternoon.

Both teams scored in the last ten minutes of the matchday 12 encounter at the Aliu Mahama Stadium in Tamale to draw 1-1 in the end.

After some exchanges in the match, Kotoko were the first side to threaten a goal after Richmond Lamptey got a fine opportunity to put them ahead but his effort went off target in the 40th minute.

Kotoko goalkeeper Federick Asare produced an excellent double save to deny City on the stroke of halftime, making up for his make last time against Great Olympics.

The newly-promoted side were slightly on top in the second period in terms of creating opportunities but failed to make them count.

They were later punished for their indecision in front of the goal in the 84th minute after Issah Nyaabila sent a low cross from Ugandan import Steven Dese Mukwala into his net to give the Porcupine Warriors the advantage.

The lead could stand for only two minutes after City got the equalising goal through substitute Babamu Ibrahim who scored a stunning goal to earn a point for the home side.

City remain in the relegation zone as they sit in the 17th position but move two points behind safety while Kotoko move up to the second place despite the draw.