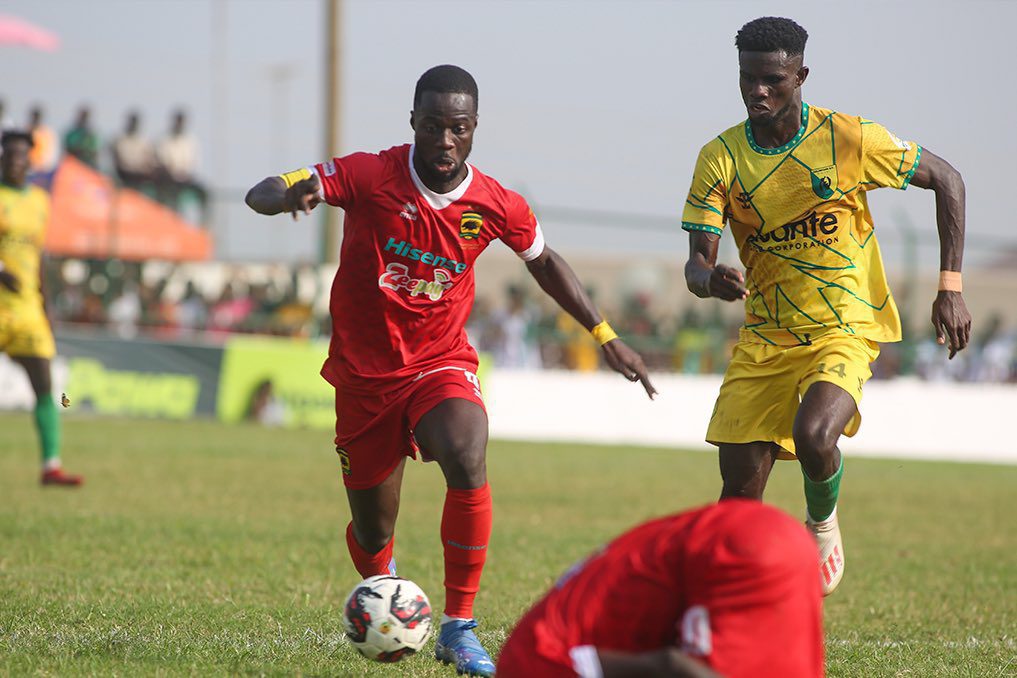 Asante Kotoko remain third after they were held by Bibiani Gold Stars on Monday afternoon.

Kotoko took the leaf through Steven Mukwala on the stroke of halftime but Gold Stars staged a fightback in the second half.

Mukwala was played through and he kept his composure by beating goalkeeper and slotting the ball into the net.

Mukwala's goal put Kotoko in a position to secure a first win in four games. They were however pegged back, with Gold Stars profiting from contentious decision.

Gold Stars were awarded a penalty for a handball and they converted to draw level.

Gold Stars were awarded another penalty, but this time Frederick Asare saved.