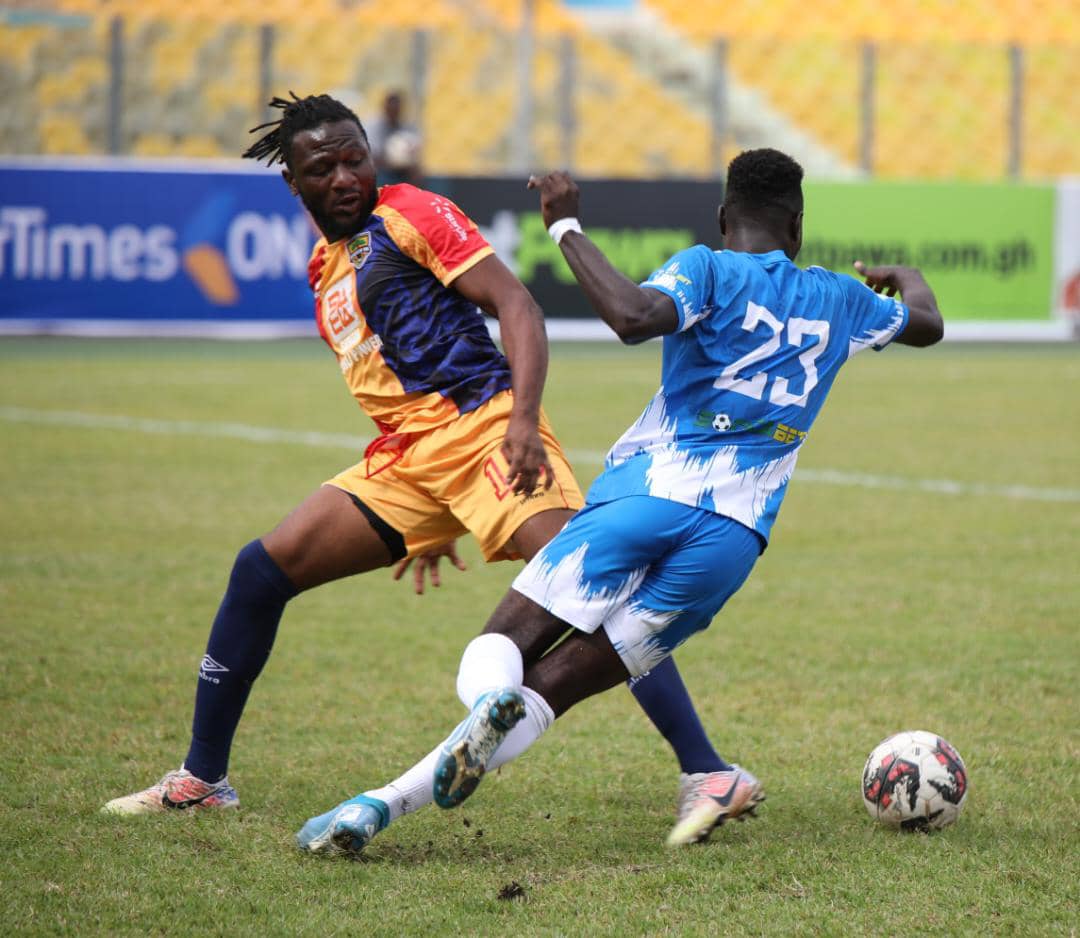 Hearts of Oak struck late to share the derby spoils with Great Olympics on Sunday, 18 September 2022, in the Ghana Premier League.

With two minutes left on the clock, defender Konadu Yiadom headed in a corner kick to make amends for his blunder which resulted in the away team, Olympics, snatching the lead.

Substitute Enoch Asubonteng whipped in a corner kick from the right flank and the ball found the head of Yiadom who connected brilliantly.

Abdul Razak Yusif capitalized on a defensive mix-up to slot home the match winner past goalkeeper Eric Ofori Antwi in the 8th minute.

It was his third goal against the Phobians who have lost their last three competitive matches against the Wonder Club.

Head coach Samuel Boadu said in his post-match: ‘‘It [the team’s performance] was fantastic, just that we made an unpardonable mistake but we thank God that we drew with them. We were supposed to carry the day.’’

Hearts of Oak are without a win in two matches and Olynpics have four points from the available six.