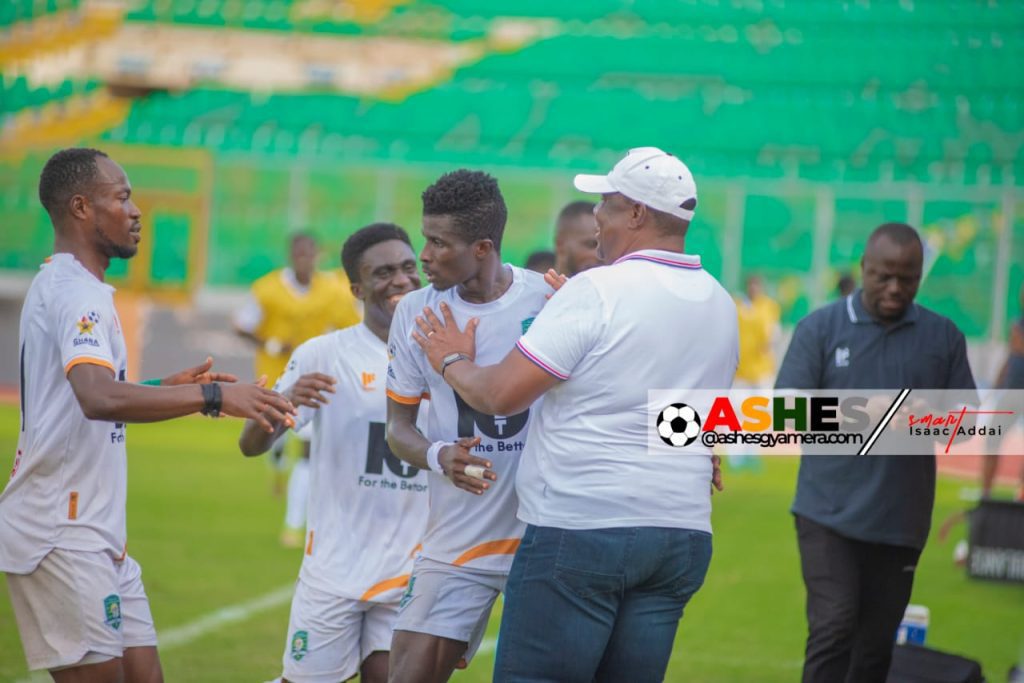 Paa Kwesi Fabin's team recorded a 3-2 win at the Babayara Stadium in Kumasi to keep their perfect start in the campaign intact.

Aduana go top of the league standings after with their first three points on the road after two matches.

Fabin also gave Justus Tortsutsey, experienced midfielder Nelson Ladzagla and Gabriel Mensah their first bow after bringing them on in the second half.

Bright Adjei registered his second goal of the season to put the Ogya Boys ahead as early as the 16th minute after a huge blunder by goalkeeper Abdul Jabal Adams.

The home side got the equalising goal in the 27th minute through defender Haruna Mohammed with a thunderous strike from outside the box.

Abednego Tetteh who was making his debut in front of the home fans came close to getting the leveller few minutes into the second half but his effort went a whisker over the bar.

Aduana increased their tally in the encounter in the 54th minute after Solomon Aboagye connected a pass from Sam Adams for his goal in for the club.

Faisal reduced the deficit with a last-gasp goal in the 90th minute coming from substitute Elias Elias but that was little too late to avoid a second straight defeat.