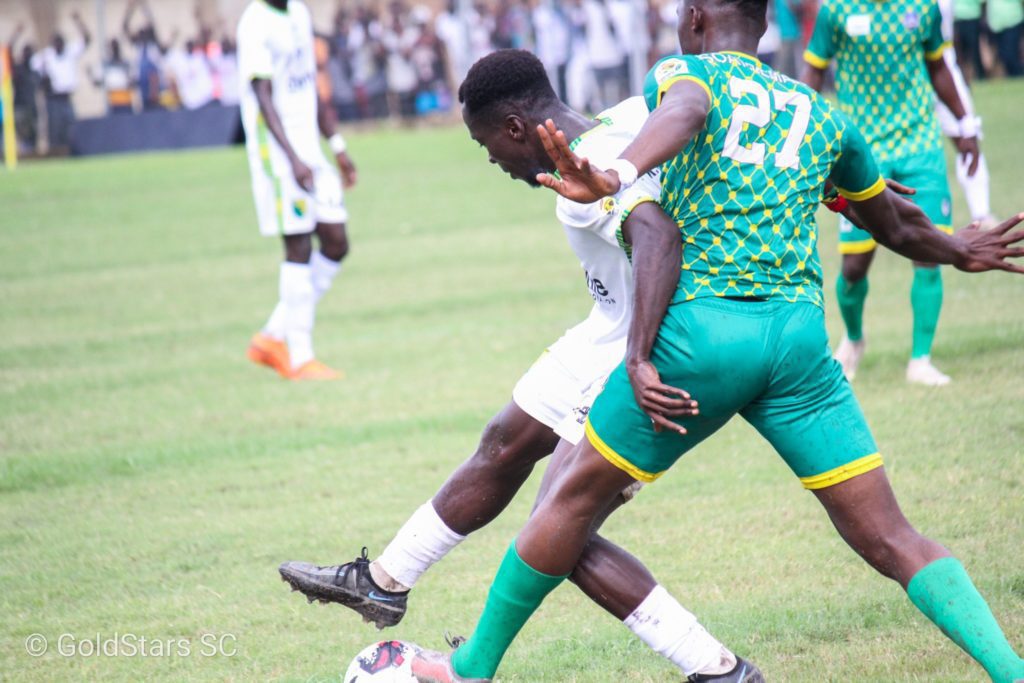 Because their first opponent, Asante Kotoko, was on a continental assignment, Nsoatreman had plenty of rest and time to prepare for this game.

The home team played some good football and dominated the first half, but they couldn't find the net.

However, Nsoatreman FC's efforts paid off after the break. Ofori, their leading scorer last season, converted a penalty kick in the 71st minute to put them ahead.

After scoring, they set out to defend the goal, thwarting Gold Stars' efforts to steal a point.

Nsoatreman will travel to face Kotoku Royals in their next game, while Gold Stars will hope for their first win when they host Bechem United.