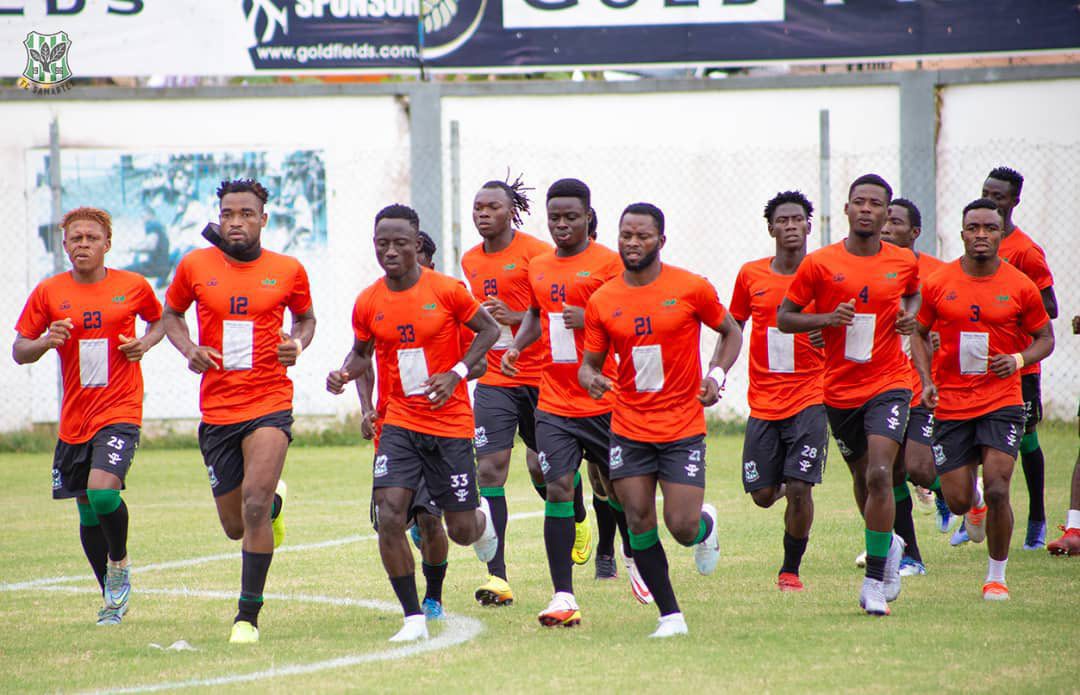 Samartex and Berekum Chelsea battled to a 1-1 draw on Monday afternoon, keeping both teams unbeaten.

Samartex earned a point on their league debut by holding Real Tamale United to a 0-0 draw, while Berekum Chelsea beat King Faisal on the opening weekend.

Both teams came into the game with the intention of winning.

Samartex were looking for their first victory in the league, while Chelsea aimed to to make it six points in two games.

But they settled for a draw in what was a tense game, in which both teams gave their all.

Abubakari Seidu was in the right place at the right time to slot the ball home and restore parity.

Neither side could find the winner, with both sets of players patting each other on the back at the final whistle.