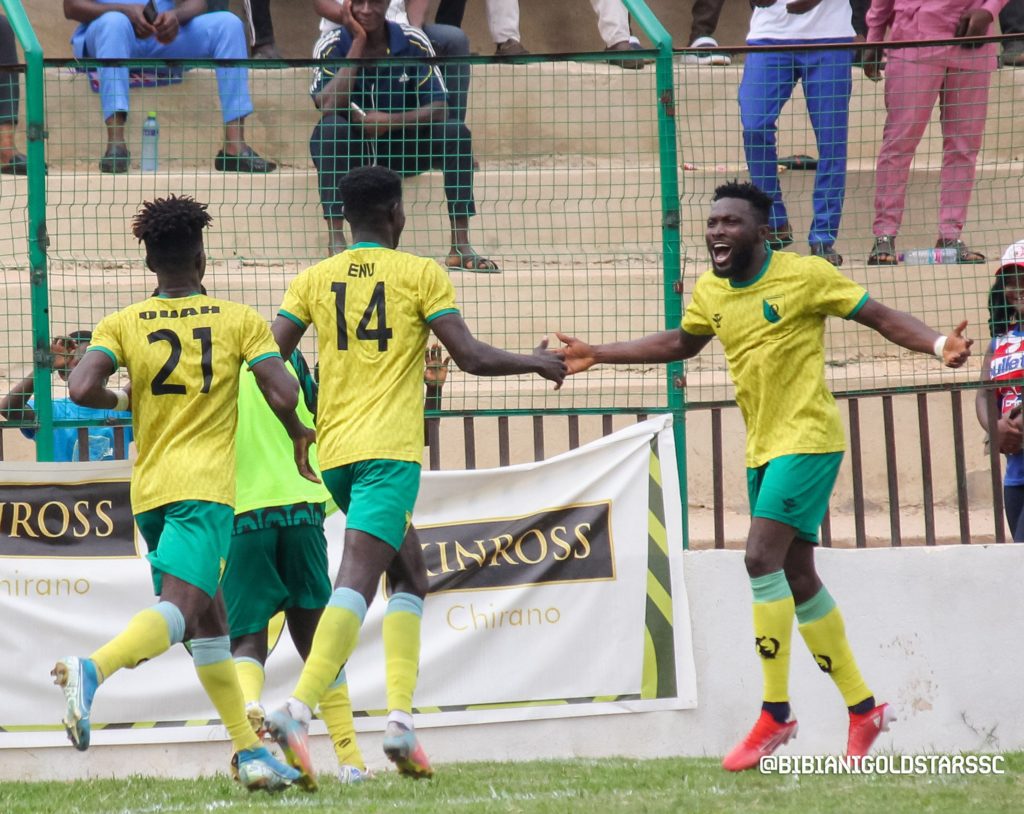 Gold Stars recorded their first win of the season after beating Bechem United 1-0 at Dun’s Park on Sunday, 25 September 2022, in the Ghana Premier League.

Michael Enu’s 19th minute goal was all the Miners needed to collect the points in front of the home fans.

Mine Stars failed to double their lead just before the half time when Iddrisu Abdulai, the Bechem goalkeeper, saved a penalty.

Michael Osei’s side had an opening day 1-0 defeat to Dreams FC and that was followed by the same scoreline at debutants Nsoatreman.

Next for Gold Stars will be a trip to the capital to face Hearts of Oak and Bechem United host promoted Kotoku Royals.