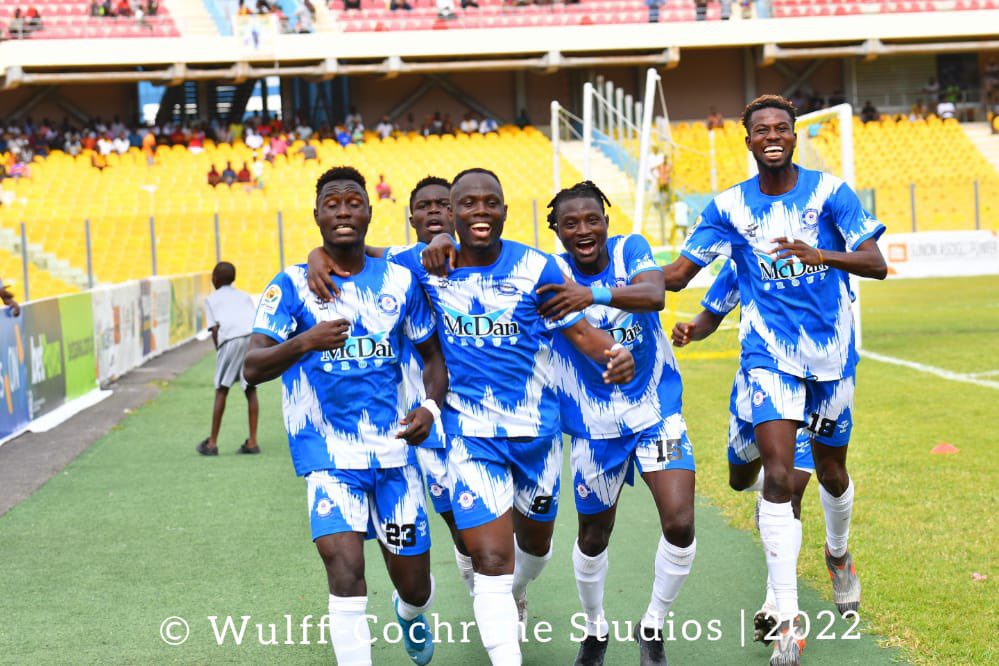 King Faisal were handed their fourth straight defeat by Great Olympics in match day four of the 2022/23 Ghana Premier League.

The Insha Allah boys went into the game in search of their first win of the season following defeats to Berekum Chelsea and Aduana Stars.

However, Great Olympics returned to winning ways after drawing against Hearts of Oak in the Accra derby.

It was a close contest between the two teams as the first half ended in a draw.

Emmanuel Mensah broke the deadlock in the 65th minute to win the three points for Great Olympics in this encounter.

Great Olympics have climbed to the top of the league standings after this win.

Coach Yaw Preko since assuming the position has head coach has two wins and one draw in the ongoing campaign.