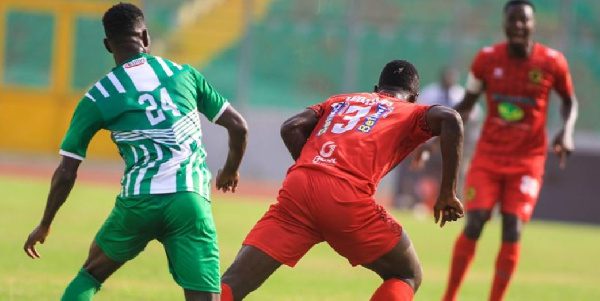 King Faisal will host Asante Kotoko at the Baba Yara Stadium in the first Kumasi derby of the season, with both teams looking for three points.

King Faisal has not won in three games and is at the bottom of the table.

Their new manager, Jimmy Cobblah, believes a win will put them back on track and is looking forward to the clash.

They used the league break caused by the court injunction to play a series of friendlies to stay in shape.

Last season, King Faisal handed Kotoko their first league defeat when they won the first meeting, but Kotoko responded with a 1-0 win in the second round on their way to winning the league.

The defending champions will be confident, having recovered from their shock elimination from the CAF Champions League with a win over Nsoatreman prior to the league's suspension.

They are unbeaten, with four points from two games, and aim to move up to fourth with three points on Monday.

"We have worked hard and used this break period to raise the levels of all the players. Overall we have had significant improvements though some are still recovering from injuries," Kotoko's Burkinabe trainer Seydou Zerbo said earlier this month.

He will be hoping that the work done during the break will be reflected in the derby against King Faisal.

In the last 10 league meetings, both teams have won four and drawn two.