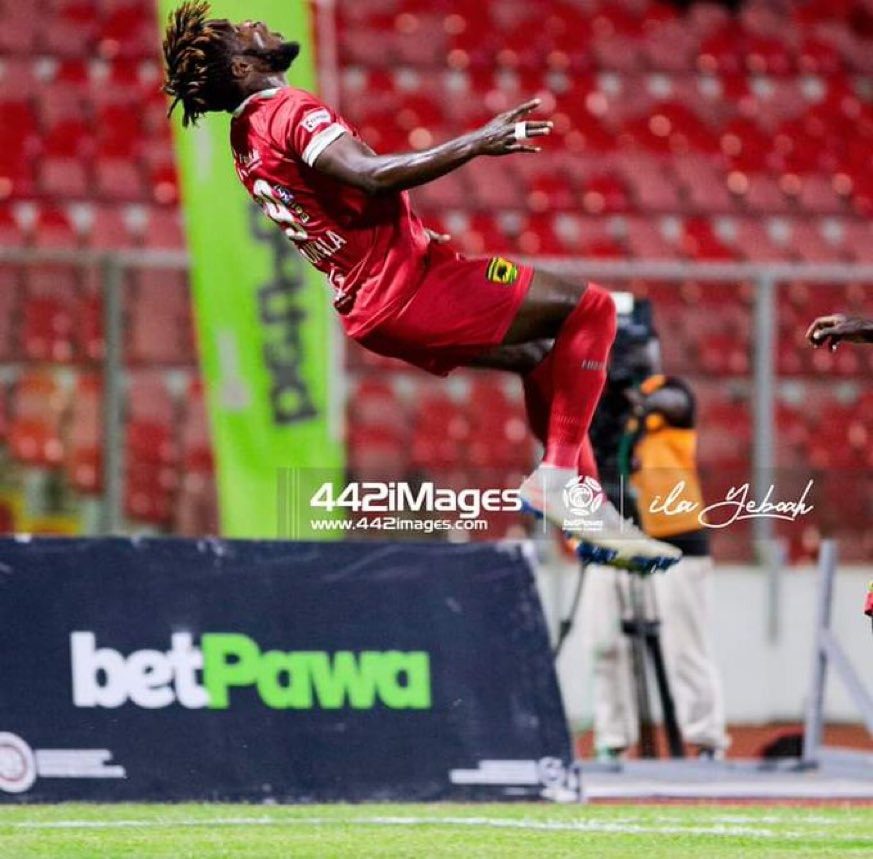 Asante Kotoko made light work of city rivals King Faisal in the first Kumasi derby of the season on Monday evening.

Ugandan striker Steven Mukwala, who was involved in all three goals at the Baba Yara Stadium, inspired the Porcupine Warriors to victory.

3 goals
3 points
and a clean sheet in the #KumasiDerby

Thanks for your time. pic.twitter.com/k5ipqWdAqJ

Mukwala had been chastised for not being clinical in front of goal, but it appears he worked hard on his poise during the league break due to the court injunction.

He opened the scoring in the 10th minute with a close-range finish after a brilliant move from Kotoko.

Mukwala assisted defender Nicholas Mensah for the third goal a minute after halftime.

With the win, Kotoko have moved up to fifth in the league table, while King Faisal remain at the bottom after four consecutive defeats.