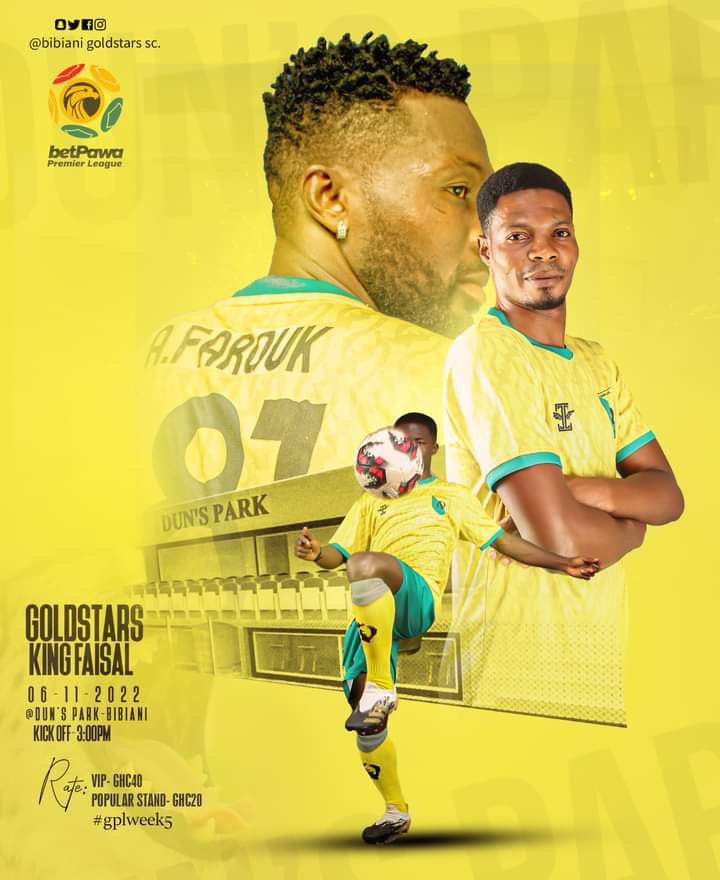 Gold Stars are facing early struggles but against bottom club King Faisal on Sunday, 6 November 2022, they are favourites for the points.

They last match at Dun’s Park ended in a 1-0 victory; their first win of the season so far.

Head Coach Michael Osei confirmed duo Emmanuel Appau and Abraham Wayo are out of the tie with various degrees of injuries.

Farouk Adams, who made marked his injury return against Hearts of Oak, is expected to continue his exploits.

Faisal have lost all their four matches and their last fixture was a 3-0 drubbing at the hands of local rivals Asante Kotoko.

New coach Jimmy Cobblah is under pressure to turn the corner after his debut ended in that heavy defeat.

The boss spoke of his determination to turn things around.

"On turning things around, trust me I know what I'm doing cos I've never watched them play a game of this sort. We have got some experience players who were suffering from malaria and their introduction brought some changes. So I am telling you and still believing that things will change," Cobblah said.