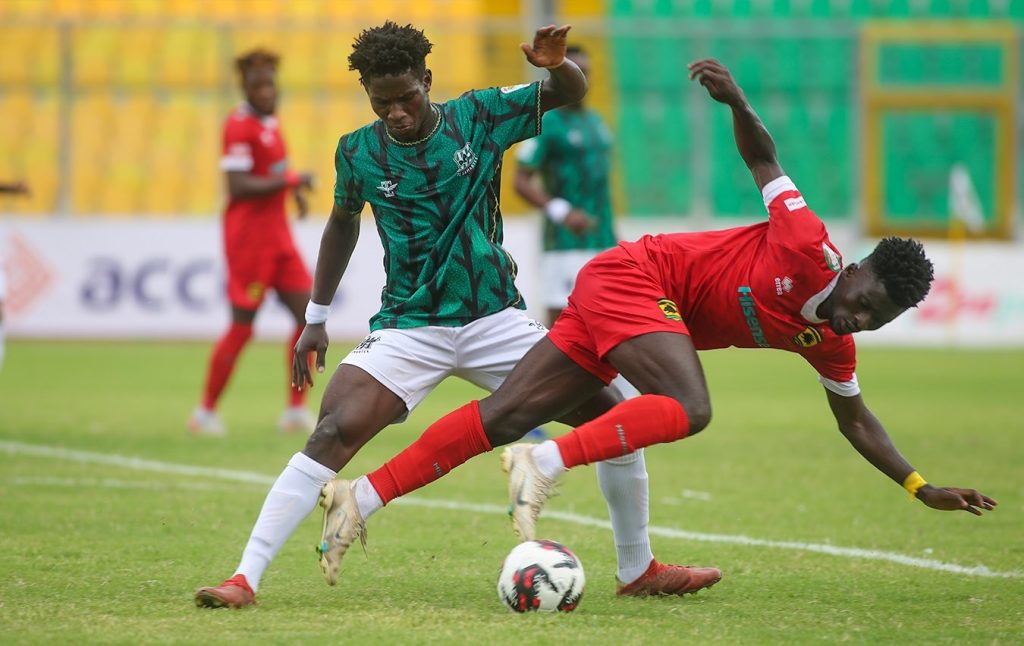 Asante Kotoko avoided a second consecutive defeat with a comeback victory over Samartex in Kumasi on Sunday.

Last Thursday, the Porcupine Warriors were defeated 2-0 by Bechem United, and it appeared that they would lose again when Samartex took the lead four minutes after halftime thanks to forward Prince Antwi.

The lead lasted until the 78th minute when the home team's relentless pressure paid off.

Nicholas Mensah scored his second goal of the season after scoring against King Faisal the previous weekend.

The goal boosted Kotoko, who won in the 86th minute when Augustine Agyapong smashed home a free kick.

Kotoko were by far the better team, but they lacked composure in front of goal, which nearly cost them three points.

They are now third after the win, while Samartex have dropped to the 15th minute after failing to defend their lead.