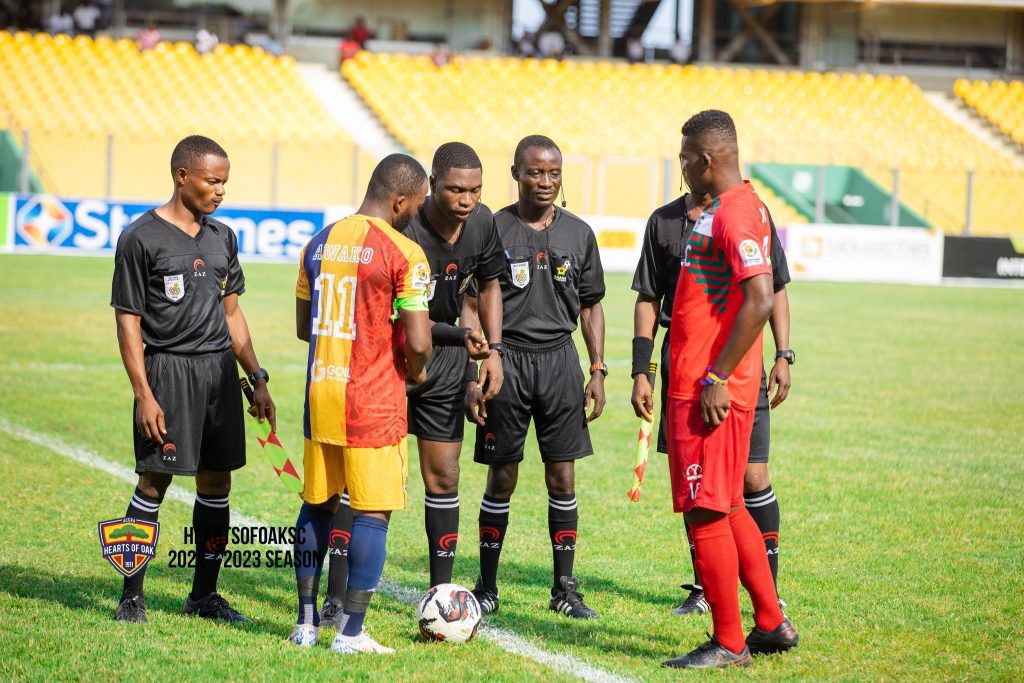 Hearts of Oak drew goalless with Karela United on Sunday, dropping points for the first time under coach Slavko Matic.

Hearts came into the game with a lot of confidence after winning back-to-back games against Bibiani GoldStars and Kotoku Royals in their first two games under Matic.

They were expected to beat Karela United and move into the top four ahead of the World Cup, but the Westerners proved difficult to beat as they earned a point in Accra.

It was a close game, but both teams managed to create decent chances. They did not, however, convert, and the scoreline accurately reflected the contest.

Daniel Afriyie Barnieh, who is a strong candidate for the World Cup in Qatar with the Black Stars, was in action for Hearts of Oak. In the first half, there was a near-brawl between Hearts of Oak and Karela United players after the forward was fouled twice in quick succession.

Hearts of Oak following the draw have dropped to 10th while Karela United are sixth on the table before the World Cup break.