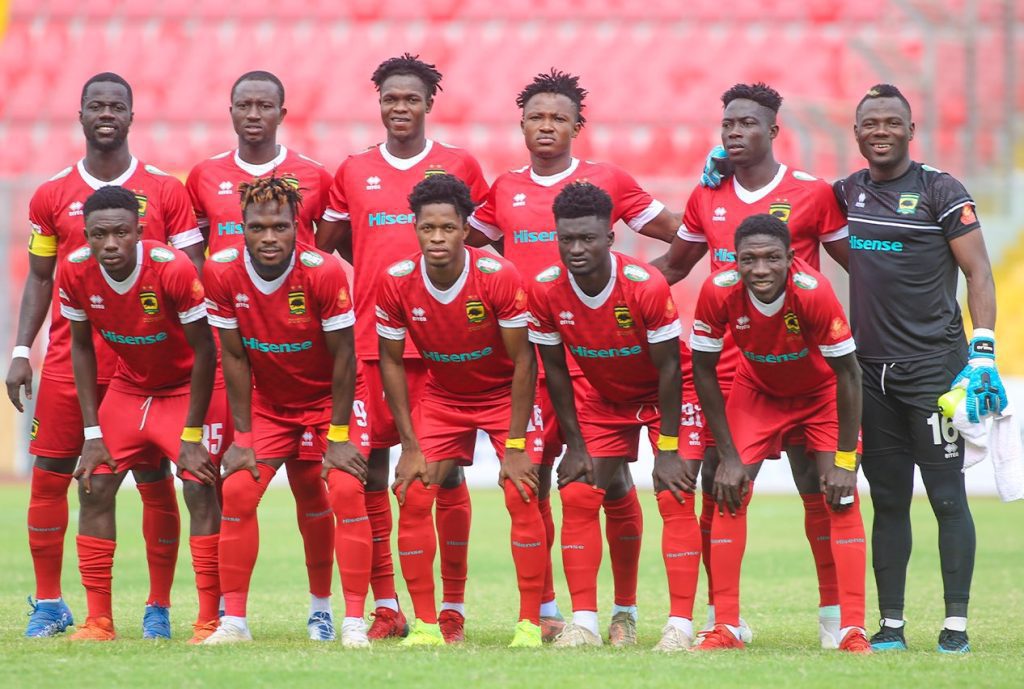 Medeama saw their recent predicament aggravated as they suffered a fourth defeat on the bounce in the Ghana Premier League on Saturday afternoon at the Akoon Park in Tarkwa.

The Yellow and Mauves succumbed a 1-0 narrow defeat to Asante Kotoko SC who recorded the first win on the road outside Kumasi.

Nicholas Mensah's second half goal was the only difference of the matchday six match as the champions move to the top of the league standings.

Medeama trainer David Duncan made three adjustments to the team that lost 1-0 to Great Olympics in the last game in Accra last week with Kwasi Donsu relegating to the bench.

Ivorian goalkeeper Boris Junior Mandjui returned for competitive action for the first time after nine months out with an injury.

Kotoko coach Seydou Zerbo made a few changes to the starting lineup that came from behind to beat FC Samartex in Kumasi last time.

Samuel Boateng was handed his very first start of the season having taken the place of Isaac Oppong with Dickson Afoakwa also replacing Ernest Poku.

The first half was balanced with both teams got an equal share of the ball possession with some lively displays as it ended goalless at halftime.

Kotoko had a decent opportunity around the 25th minute but they were unlucky to get the ball behind the net.

With a transformed performance at the start of the second half, Kotoko broke the deadlock of the game through Mensah who scored his 3rd goal of the season on a hour mark.

Mensah received a pass from defender Augustine Agyapong on the right flank and dribbled through two defenders before finishing off with a brilliant strike.

The Porcupine Warriors were reduced to ten men after Ivorian import Eric Serge Zeze was sent off after receiving a second caution in the 88th minute.