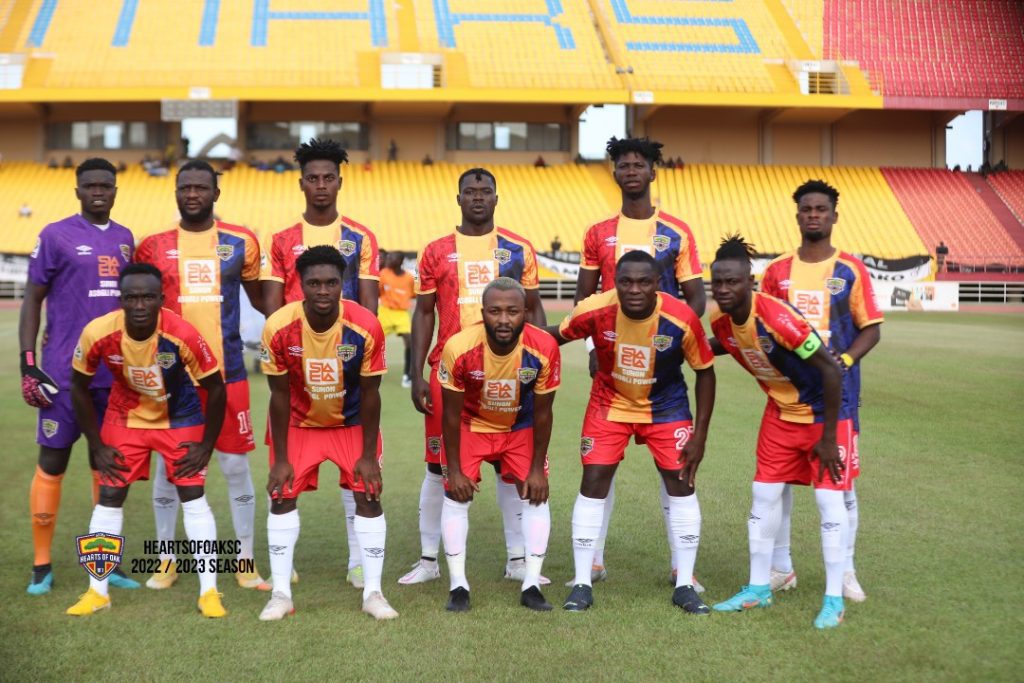 Accra Lions' five-game winning streak has been ended after former champions Hearts of Oak defeated the league leaders 3-1 at the Accra Sports Stadium.

Gladson Awako's powerful opener and second half goals from Ibrahim Salifu and Benjamin Yorke ensured the Phobians, who were down by ten men for most part of the game, collected all three points.

Second half substitute Seidu Bassit pulled one back for Accra Lions in the second half.

In a fiercely contested game, Accra Lions started well and should have taken the lead after Redeemer Boateng's freekick fell to Jacob Mensah whose cut back header was met by Mohammed Shawkan but the midfielder missed the opportunity.

Hearts had tried from long range through Gladson Awako and moments later Lions will surge forward again with talismanic winger Hagan Frimpong outwitting Dennis Korsah to send in a cross which evaded Shawkan before Daniel Awuni forced a great save from Richmond Ayi.

Midway through the half, Awako received a pass from Salifu before thunderously powering home the opener.

The Hearts of Oak captain was then sent off after some few minutes for showing dissent against the referee. He was first booked for fouling Frimpong but his reaction forced the referee to send him out.

After the break, a mistake from Accra Lions captain Dominic Nsobila gifted Kwadwo Obeng the ball and in his bid to beat Andrew Owusu, the goalkeeper brought him down and a penalty was awarded. Ibrahim Salifu elected himself and made no mistake from the spot.

With ten minutes remaining, second half substitute Seidu Bassit pulled one back after heading home from a Redeemer Boateng corner.

As Lions pushed for an equalizer, Hearts of Oak restored their two-goal lead after Benjamin Yorke fired in a shot that Owusu failed to grab.