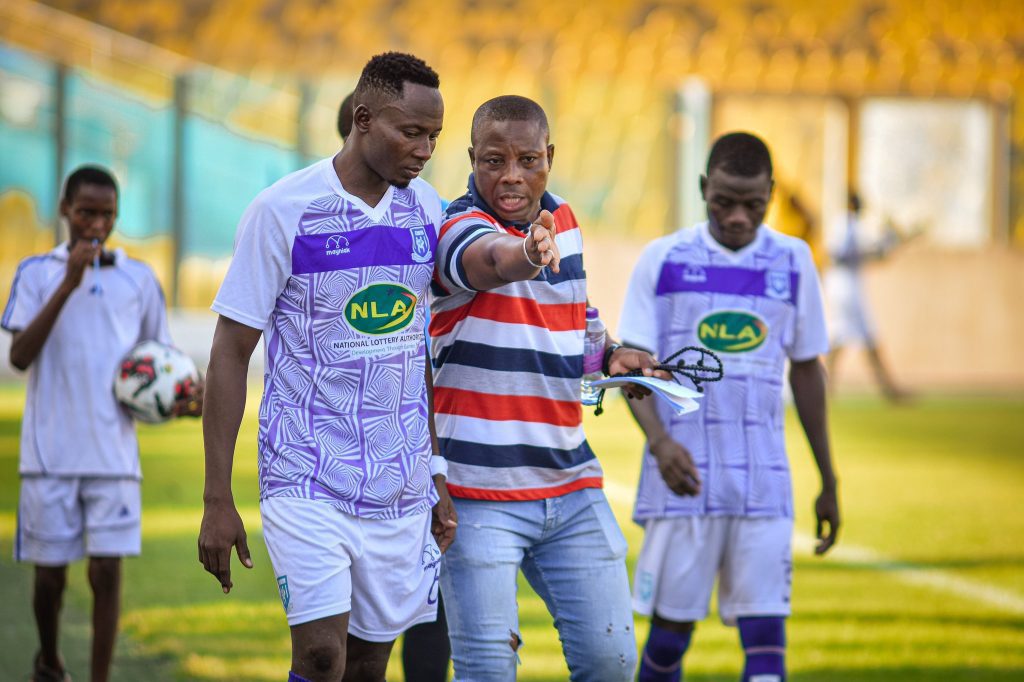 Real Tamale United rallied from behind to hand Asante Kotoko SC their second defeat of the season at the Aliu Mahama Stadium on Saturday night.

The Pride of the North came from a goal down after first half to edge the Porcupine Warriors with a 2-1 victory at the end of the matchday 8 fixture.

RTU jump five places to the 8th position on the league standings with the massive win as Kotoko remain in the third position.

RTU boss Baba Nuhu Mallam made three alterations to the starting lineup of the team that lost 2-1 to Great Olympics in Accra last Wednesday.

Kotoko trainer Seydou Zerbo made three adjustments to the squad that were held to a 1-1 stalemate by Legon Cities FC in the midweek as Richard Boadu and Eric Serge Zeze returned from their respective suspensions.

Patrick Asmah was handed his first start of the season having the place of the John Tedeku who picked up a knock in the game against Cities.

The Porcupine Warriors were the better side of the first period of the game and got that paid off three minutes before the break after Cameroonian forward Georges Mfegue Omgba put them ahead.

The Pride of the North scored twice in quick succession in the early stages of the second half to turn things around.

Substitute Issah Kuka got his third goal of the campaign to level matters for RTU in the 62nd minute before David Abagna Sandan capped off the comeback with brilliant finish two minutes later.

Kotoko came close to getting the equaliser but Justice Blay's header failed to enter the net the ball hit the framework in the dying embers of the game.