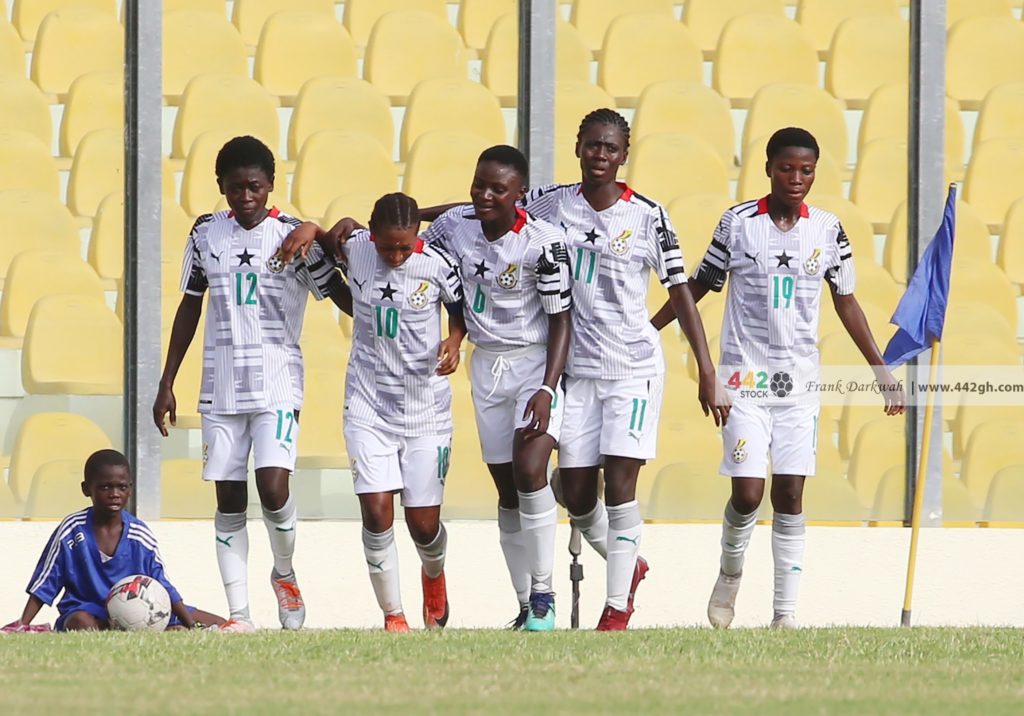 Ten-girl Ghana progressed in the 2022 FIFA U-17 Women's World Cup qualifier after eliminating Senegal in the second qualifying round thanks to a 3-0 win on Sunday, 20 March 2022.

The Black Maidens scored all the goals in the second half to seal a 3-0 aggregate victory over the Young Teranga Lionesses.

Captain Georgina Ayisha Aoyem made a solo run to slot to open the scoring at the Accra Sports Stadium.

This was four minutes after the break.

In the 58rd minute, Princess Owusu headed in the second goal but she was later sent off for a tackle on Tida Ndeye.

But that did not stop the Maidens from causing more damage as Abdulai Karima curled the ball into the top corner for the third goal.

Ghana will face either Liberia or Guinea in the penultimate qualifying round.

The seventh edition of the FIFA U-17 Women's World Cup finals will be held in India between 11–30 October 2022.