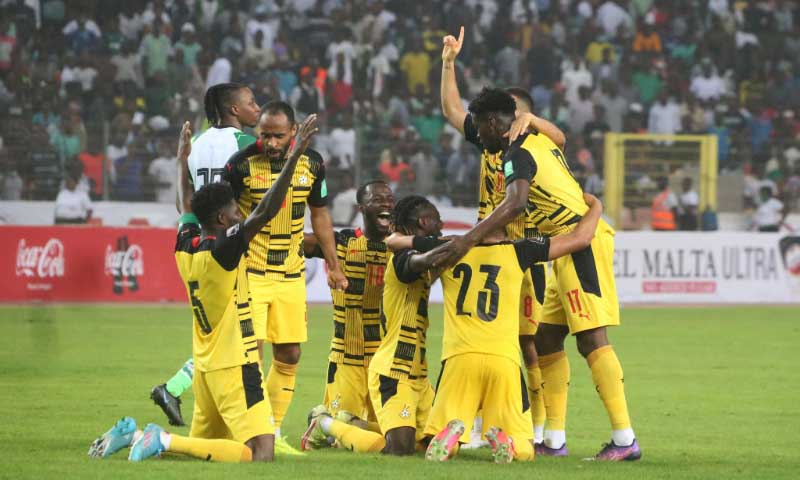 Following FIFA's decision to expand squad sizes due to the Covid-19 pandemic and the tournament's unusual timing, Ghana will be allowed to name 26 players for the 2022 World Cup.

Previously, coaches could bring a maximum of 23 players, but the decision of the world football governing body means Black Stars coach Otto Addo can count on 26 players in Qatar.

On Thursday, FIFA issued the following statement: “Given the need to retain additional flexibility due to the unique timing of the FIFA World Cup 2022 in the global calendar, as well as the broader context of the disruptive effects caused by the Covid-19 pandemic on squads before and during tournaments, the Bureau has decided the following:

“The maximum number of players on the release list has been increased from 35 to 55.

“The number of players to be included on the final list has been increased to at least 23 and a maximum of 26.

“The final matchday at club level for the 23 to 26 players nominated on the final list will be 13 November 2022.

“No more than 26 people (up to 15 substitutes and 11 team officials – one of these officials must be the team doctor) will be allowed to sit on the team bench.”

The tournament in Qatar will begin on November 21 and run until December 18.

Ghana have been placed in a difficult group with Portugal, South Korea, and Uruguay.

The Black Stars' preparations began earlier this month when they competed in the Kirin Cup, finishing third behind Tunisia and Japan.

In the four-nation tournament, they lost to Japan but won on penalties against Chile.