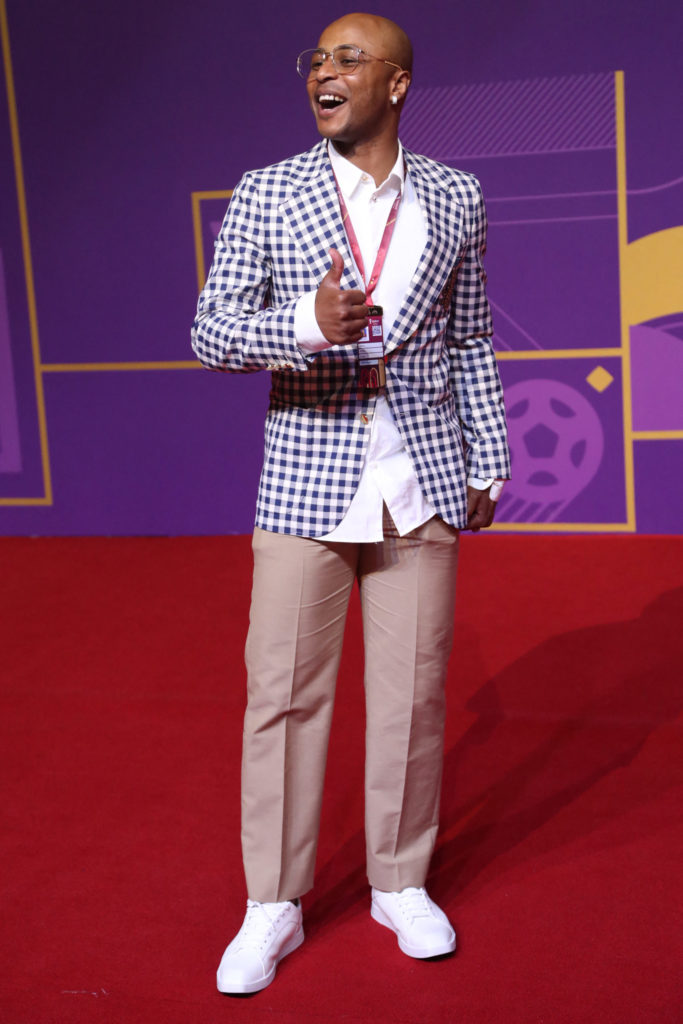 Ghanaian footballer Andre Ayew arrives for the draw for the 2022 World Cup in Qatar at the Doha Exhibition and Convention Center on April 1, 2022. (Photo by DENOUR / AFP) (Photo by DENOUR/AFP via Getty Images)

Ghana captain Andre Ayew is confident that Qatar will host a successful World Cup, describing the Arab country as a "great" nation.

Ayew moved to Qatar in 2021, signing a lucrative contract with Al Sadd.

The move was criticized, but Ayew has proven his critics wrong by winning two titles in his first season and scoring his 20th goal recently.

After more than a decade of playing in Europe for clubs such as Marseille, West Ham, and Swansea, where he is unquestionably one of their greats, the 32-year-old sought a new adventure in Asia.

Ayew is well-liked in Qatar, with World Cup organizers using his image on large posters to promote the upcoming tournament.

Ayew recently said that he is enjoying life in Qatar and believes that those planning to come to the country for the global tournament will have a fantastic time.

"It’s a great country, the people are very nice and I’m enjoying my time here. The football level is very good and it’s a different chapter in my life," Ayew told Graphic Sport.

He added: "I’m enjoying football here; I won the league and the FA Cup last season and hopefully, we can do that again, but there are good teams behind and we’re going to continue working hard."

"Generally, I’m happy to be at such a big club and hopefully, we can keep winning trophies."

Ayew will lead Ghana against Portugal, South Korea and Uruguay in the group stage.