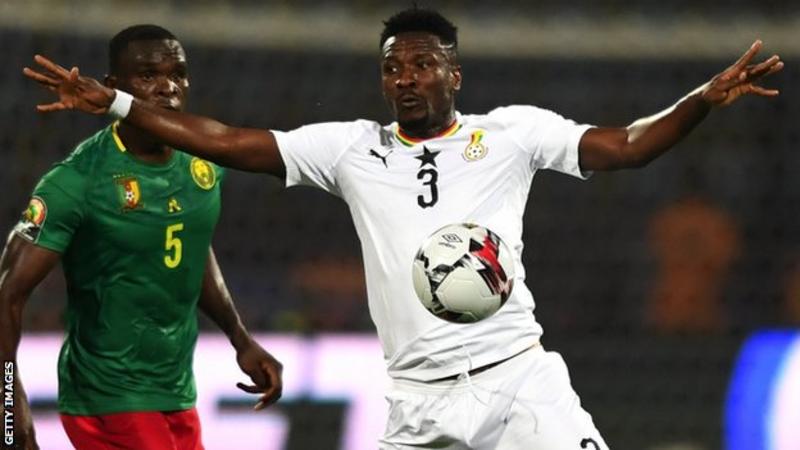 Former Ghana captain Asamoah Gyan believes the Black Stars will easily qualify from their group at the upcoming World Cup in Qatar.

Ghana are in a difficult Group H with Portugal, South Korea, and Uruguay.

Despite widespread scepticism about the Black Stars' chances in the global showpiece, Gyan believes the team has what it takes to advance from their group.

"We can qualify from our group with ease," he told Kumasi-based Kessben FM.

"In 2006, we were the underdogs and coming up against the Czech Republic and Italy, they did not give us the chance but we went there and we performed.

"In 2010, the same things happened. We went there and lift the flag of Ghana high by playing in the quarterfinals which was an improvement.

"Before you can win the World Cup, you need to qualify from your group which is possible so I believe that these players can do that.

"The players must believe that they can do it and that it is possible," he added.

Ghana will open their campaign against Portugal on November 24 at Stadium 974 in Doha.

Four days later, the Black Stars return to action with a clash with South Korea at the Education City Stadium in Al Rayyan.

Ghana will wrap up their group stage adventure with their much-anticipated encounter with Uruguay at Al Janoub Stadium in Al Wakrah.