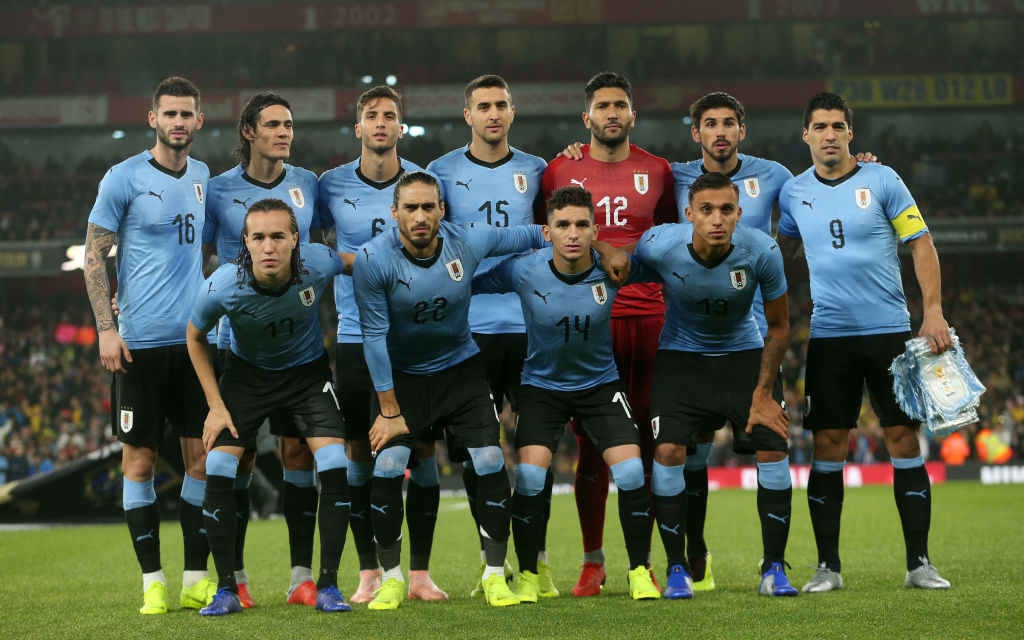 Uruguay pose for a team picture ahead of the International Friendly between Brazil and Uruguay at Emirates Stadium on November 16, 2018 in London, England. (Photo by Alex Pantling/Getty Images)
Share

According to the reports, the two matches will be played in Vienna during the FIFA free date for friendly matches.

La Celeste chose the Iran, ranked Asian’s No.1 country, to give them a fair idea about opponents South Korea, who are ranked third in Asia.,

The Black Stars open their campaign against Portugal on 24 November in Doha before engaging South Kora four days later in Al Rayyan.