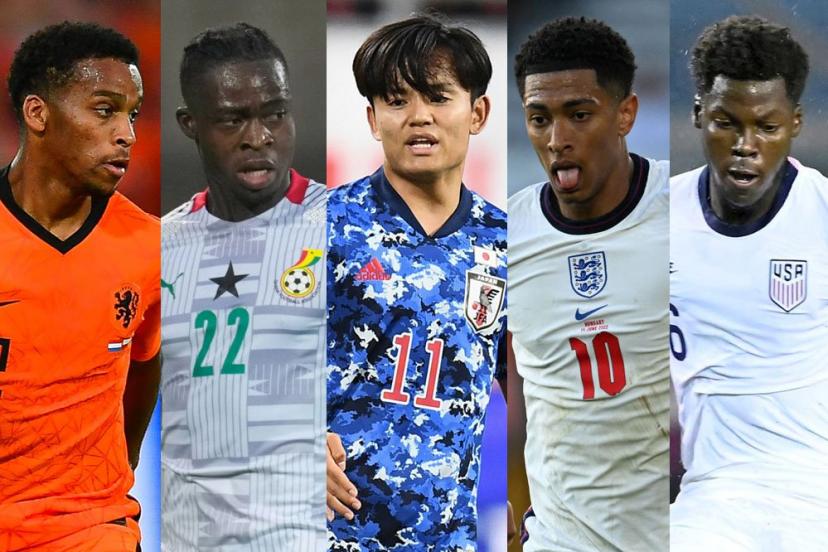 Ghanaian youngster Kamaldeen Sulemana has been named among the Top young stars to perform at the 2022 World Cup.

Kamaldeen Sulemana has been rated as among the best performing youngsters in Europe by the CIES Football Observatory. The football statistical and analytics company did the research into it with their partner InStat.

The 19-year-old together with other young players such as Kubo of Japan. Jude Bellingham of England, Yunus Musah of USA will be making their first appearance at the World Cup stage.

Sulemana has been a revelation for the French club since joining the team in a big money move for a youngster in the summer of 2021/22 season.

Despite his season cut off by injuries, the Ghanaian youngster made 20 appearances and scored four goals with two assists.

Sulemana made it to Ghana's squad for the 2021 Africa Cup of Nations in Cameroon, his first senior tournament with the national team.

He played in all three games in the group stages after Ghana failed to qualify to the Round of 16 after losing to Comoros.

Kamaldeen missed Ghana's World Cup playoff against Nigeria in March due to injury.

The youngster made a return to the squad for the 2023 Africa Cup of Nations qualifier against Madagascar and Central Africa Republic.

Kamaldeen Sulemana is counted among the best players to watch in the Ghana team ahead of the World Cup.

Ghana is in Group H and will face Portugal, Uruguay and Korea Republic.