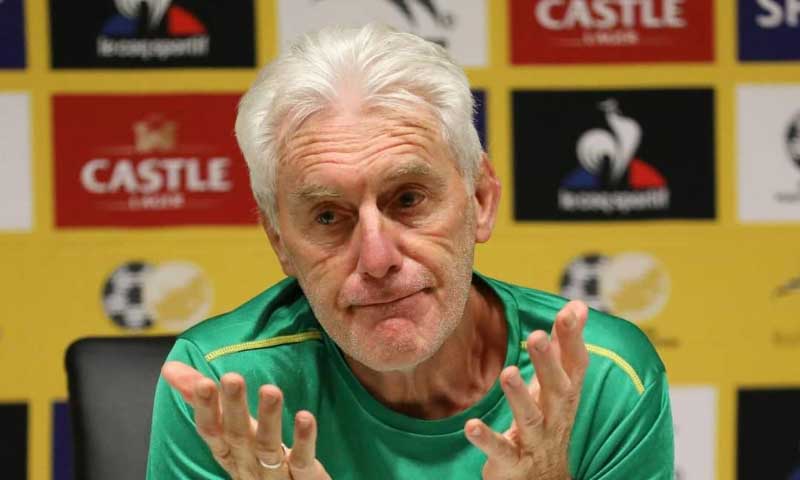 South Africa coach Hugo Broos has charged his players to go all out for the maximum points against Ethiopia on matchday three and four of the World Cup qualifiers.

The former Cameroon coach wants the Bafana Bafana to take similar approach against Ghana when they face the Walias.

"We are in front of two key matches. When you play qualifiers, Afcon or World Cup, match three and four are always key matches," he said.

"Those are matches that can be decisive matches. You can be out of the race, or you can be in a very good position.

"So that is also for us. If we can win these two games, Ethiopia is out of the race, and then we'll have to see what happens in the games of Zimbabwe and Ghana.

"We have to do everything to get six points."

South Africa are top of Group G and just a point ahead of Ghana and Ethiopia.

Broos continued: "When we play our game (against Ethiopia), and we play as we did against Ghana, with the same confidence and the same belief, then I think it is possible to win in Ethiopia.

"What I've seen today and yesterday on training, when I see the behaviour of the players in the group, I am confident, I really am confident. Like I was before.

"It's just the players that have to believe it. And they believed it with their performance against Ghana.