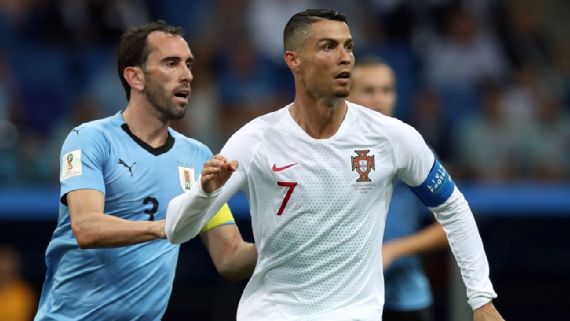 The tradition and potential of Portugal and Uruguay, sheltered in both cases by talented generations that give firmness to their project, coincide in the initial stretch of the Qatar World Cup 2022 in Group H that they share with the exoticism of South Korea and Ghana, initially secondary entertainers at the event.

The Portuguese and Uruguayans had to accelerate in their respective qualifying phases in order not to miss out on the World Cup. The Portuguese team led by Fernando Santos through the playoffs, once again. Uruguay on a successful winning streak with Diego Alonso at the helm after the departure of the legendary Oscar Washington Tabárez, who was dismissed last November. In time for Celeste to take the ship to the World Cup.

The last World Championship for Cristiano Ronaldo runs into, from the outset, a quartet already wisely won in the final stages. Big names will coincide on the grass of the Doha stadiums. Joao Félix, Diogo Jota, Otavio, Bernardo Silva, Bruno Fernandes, Pepe or Gonçalo Guedes, among many others, illustrate the talent and quality of Portugal that faces its eighth presence in this type of event, the sixth in a row.

With Cristiano clinging to a leadership that is approached by talented players in full maturity, benchmarks in their clubs, Fernando Santos's team intends to establish the quality of his litter definitively in a World Cup.

Portugal shone at the 2016 European Championship but has never excelled in a major tournament. The third-place achieved in England 1966 has been his best performance. Fourth place in Germany 2006, the brightest in recent times.

Portugal already knows what it is like to play with the rest of the components of their group. Against Uruguay, in Russia 2018, they lost 2-1 in search of the quarterfinals. He also fell against Korea in the World Cup where he was an organizer, in 2002. He was able to beat Ghana in Brazil 2014, in the group stage.

Portugal starts as favorite despite the difficulties to gain a foothold in the final phase of Qatar. Although Uruguay is on the prowl. It is more than an alternative the Celeste, which has taken a step forward in recent times. Especially since Diego Alonso's arrival at the bank.

It will also be the last train for illustrious figures such as Luis Suárez or Edinson Cavani who brought their National Team closer to World Cup heights. The veteran is oxygenated by the momentum of others such as Federico Valverde, Rodrigo Bentancur, Ronald Araújo or Jose María Giménez.

La Celeste does not finish achieving the successes of yesteryear, boasting two Cups, those achieved in 1930 and 1950. Uruguay accumulates 14 appearances in the final phases. He is a regular. He has four in a row. In Russia 2018, the last one, he reached the quarterfinals. He still remembers, however, the performance given at South Africa 2010, the last time he was a semi-finalist.

The Uruguayan team that has beaten Korea twice is aiming for the classification. In the group stage of Italy 1990 and in the second round of South Africa 2010.

Ghana and Korea endow the quartet with exoticism. The African team led by Otto Addo did not shine in the last African Cup but they earned the right to play their fifth World Cup and return to the elite.

The Ghanaian team, a regular from Germany 2006 to Brazil 2014, including South Africa 2010, missed Russia 2018. The "Black Stars" have returned, with players in some of the major leagues. Midfielder Iddrisu Baba, in Mallorca, ex-atlético Thomas Partey, from Arsenal, Daniel Amartey, from Leicester and Jordan Ayew, from Crystal Palace, in the Premier League, Kamaldeen Sulemana, from Rennes and Alexnader Djiku, from Strasbourg in Ligue 1 Mohammed Kudus, from Ajax.

Ghana aspires to surprise and overcome the group stage where it was stuck eight years ago and match its best record, the eighth it achieved in Germany 2006.

The Ghana team has never played against Korea Republic, which completes the quartet. Directed by the Portuguese Paulo Bento, it faces his eleventh presence in a world championship, the tenth in a row.

The eastern representative has not failed since Mexico 1986, although it usually stalls in the group stage. The South Korean team shone in 2002, when they hosted alongside Japan. He finished fourth place. Since then, only the round of 16 in South Africa 2010. He doesn't usually progress.

Mallorca midfielder Kang-in Lee is one of its mainstays along with others who are already part of the European leagues, especially in Germany.

The Korean team will play the first day against Uruguay while Portugal will face Ghana.

The fate of the Group H qualifiers clashes in the round of 16 with those from Group G that make up Brazil, Serbia, Switzerland and Cameroon.