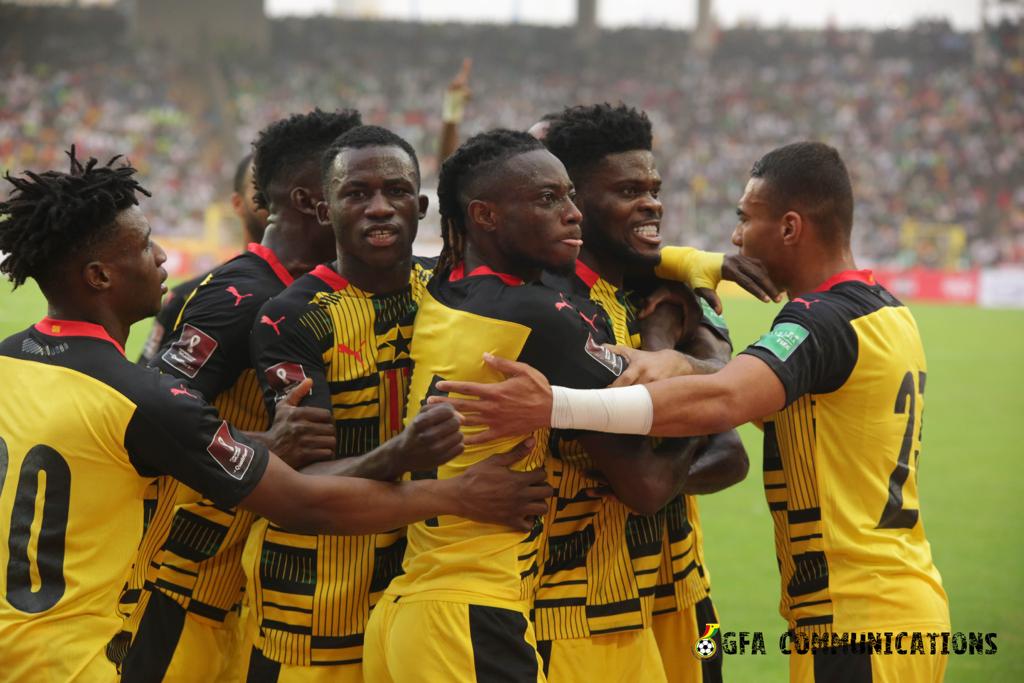 Ghana remained unbeaten in Group E of the 2023 Africa Cup of Nations qualifiers after a beige display earned a 1-1 draw Central African Republic on Sunday, 5 June 2022.

CAR adopted the Estádio 1 de Novembro in Luanda due to a CAF ban after their national stadium failed to meet the required standards to host CAF A Type competitions.

It was the hosts who fired the first warning shot in the 11th minute when an attempt, from the left inside the box, was parried out and turned over for corner-kick by Gideon Mensah.

The Ajax Amsterdam ace curled in a low shot into the bottom corner after some consummate passing on the right side between Osman Bukari and Felix Afena-Gyan released the goal scorer.

Just after the half hour mark, Kudus dinged a ball to release the marauding Gideon Mensah but the left back smashed it wide.

Central African Republic did not see much of the ball but in one of those rare moves forward, the underdogs struck the equalizer.

Four minutes into the second half, the CAR nearly took the lead after an eye-catching transitional play.

Left back Thibault Ban's powerful delivery inside the Ghana box hit the side net much to the relief of the four-time continental champions.

The match was blighted by the serious injury sustained by Ghana defender Gideon Mensah who came out worse after colliding with an opponent.

The left back had to be rushed to a nearby health facility in an ambulance.