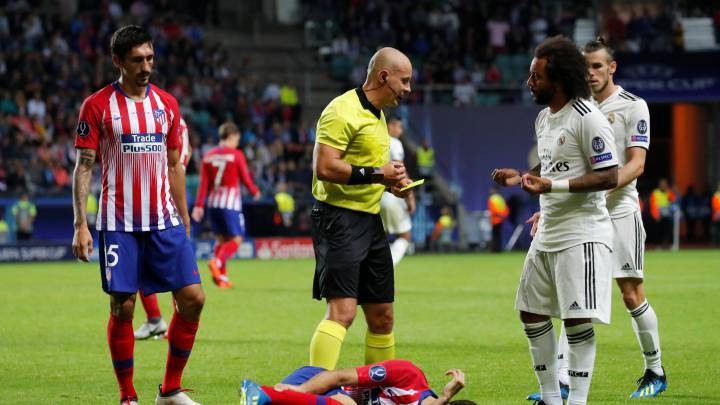 The 39-year-old Marciniak refereed Atleti previously in the final of the UEFA Super Cup in Estonia and in a UCL tie against Bayern in 2016.

Szymon Marciniak has been designated by UEFA to oversee Tuesday's Round of 16 tie between Atlético Madrid and Liverpool with Spain's Antonio Mateu Lahoz set to officiate the Dortmund-Paris Saint Germain tie on the same night.

Marciniak, a FIFA referee since 2011, will be assisted by compatriots Pawel Sokolnicki and Tomasz Listkiewicz, with the VAR official to be Pawel Gil.

The 39-year-old referee previously took charge of Atleti games in 2016 as they overcame Bayern Munich with a 1-0 win and was the man in the middle as Atleti secured the 2018 UEFA Super Cup when Simeone's men beat Real Madrid 4-2 in Estonia. He has also officiated one game involving Liverpool as the Anfield side romped to a 7-0 win over Spartak Moscow in the group stage of the Champions League back in December 2017.

Mateu Lahoz will be assisted in Dortmund by Pau Cebrian and Roberto del Palomar with Alejandro Hernández overseeing the VAR booth.