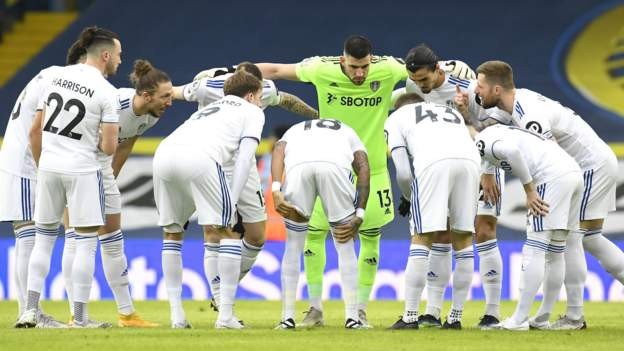 49ers Enterprises has increased its minority stake in Leeds United from 15% to 37%.

Paraag Marathe, president of 49ers Enterprises, has also been appointed as the club's vice chairman.

The group, which is the investment arm of National Football League side the San Francisco 49ers, first purchased a shareholding in the club in 2018.

"I have always been open to bringing partners on this journey with me," said Leeds chairman Andrea Radrizzani.external-link

"Paraag and the team at 49ers Enterprises are uniquely positioned to collaborate with myself, Angus Kinnear, Victor Orta and our management team to help us achieve our goals."

Leeds ended their 16-year spell out of the Premier League last season and are 12th in the top flight.