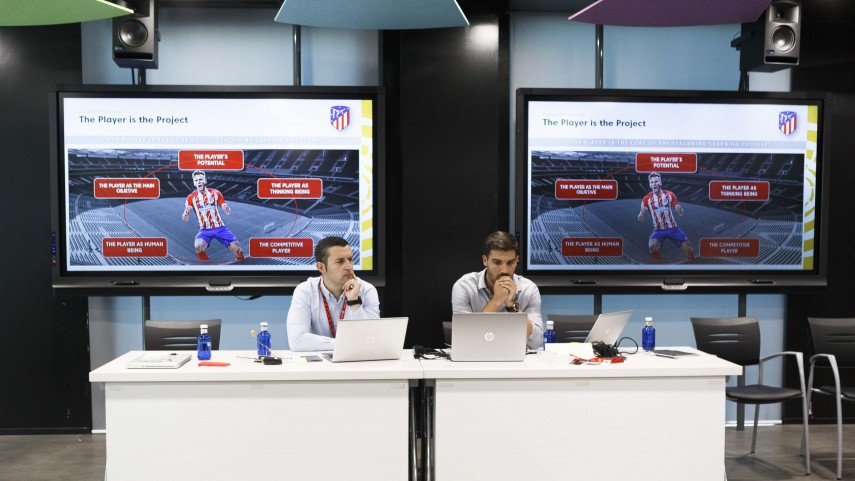 LaLiga will once again play a leading role in the Chinese Ministry of Education's summer camps at primary and secondary schools, reaffirming the rude health of their collaboration by organizing 16 of these camps, followed by another two which will take place in a second phase featuring students selected from the initial phase.

The 51 coaches who will go to work in China from June to August attended a training session at LaLiga's offices before departing to the 15 cities which will host the camps: Xi'an, Xining, Binzhou, Guiyang, Wuhu, Shenzhen, Qingdao, Chengdu, Harbin, Fujian, Dalian, Chengdu, Baotou, Qinhuangdao and Changzhou.

"This agreement with the Ministry of Education involves great responsibility, but is also an invaluable learning opportunity. This year we are heading into our fourth season and, thanks to our prior experience, we can increasingly offer what the Chinese players and coaches expect from these types of camps," assured Hugo Blanco, LaLiga's sporting projects coordinator.

In addition to carrying out training and scouting programmes, LaLiga will train local coaches in order to equip every school with the tools required to operate independently in the future. Likewise, the Spanish championship will hold seminars and workshops with coaches in the country.

"We have been collaborating closely with the Chinese Ministry of Education for several years and the experience has been a very positive one. We are trying to promote not just sport, but also its values and to aid the continued growth of grassroots football in China," remarked Zhang Le, LaLiga's assistant director and sporting projects coordinator in China.

The first of the camps, which will last for one week, kicks off on 14 July in Xinang, while the final one in the initial phase will conclude on 5 August in Changzou.

The second phase, which will take place in the cities of Qingdao and Qinhuangdao, will begin on 13 August and continue until the 25th of the month.