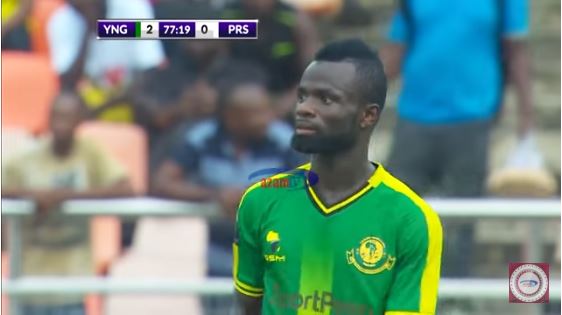 Yanga won the match 2-0 against Tanzania Prisons with Morrison scoring his debut goal for the club. However, the talking point from the game was his showboating.

With his side cruising to victory, Morrison stopped a pass in the middle of the park and started showboating, something his manager believes is unacceptable.

"If it was in Europe, you'd get a big tackle straight to him. If you go to Liverpool, is Mohamed Salah doing that? Is Sadio Mane, Messi doing that?

"I know here in Africa fans like that, they find it funny, but I told him I don't like when we mock people or disrespect opponents."

The 26-year-old joined the East African giants earlier this month as a free agent.