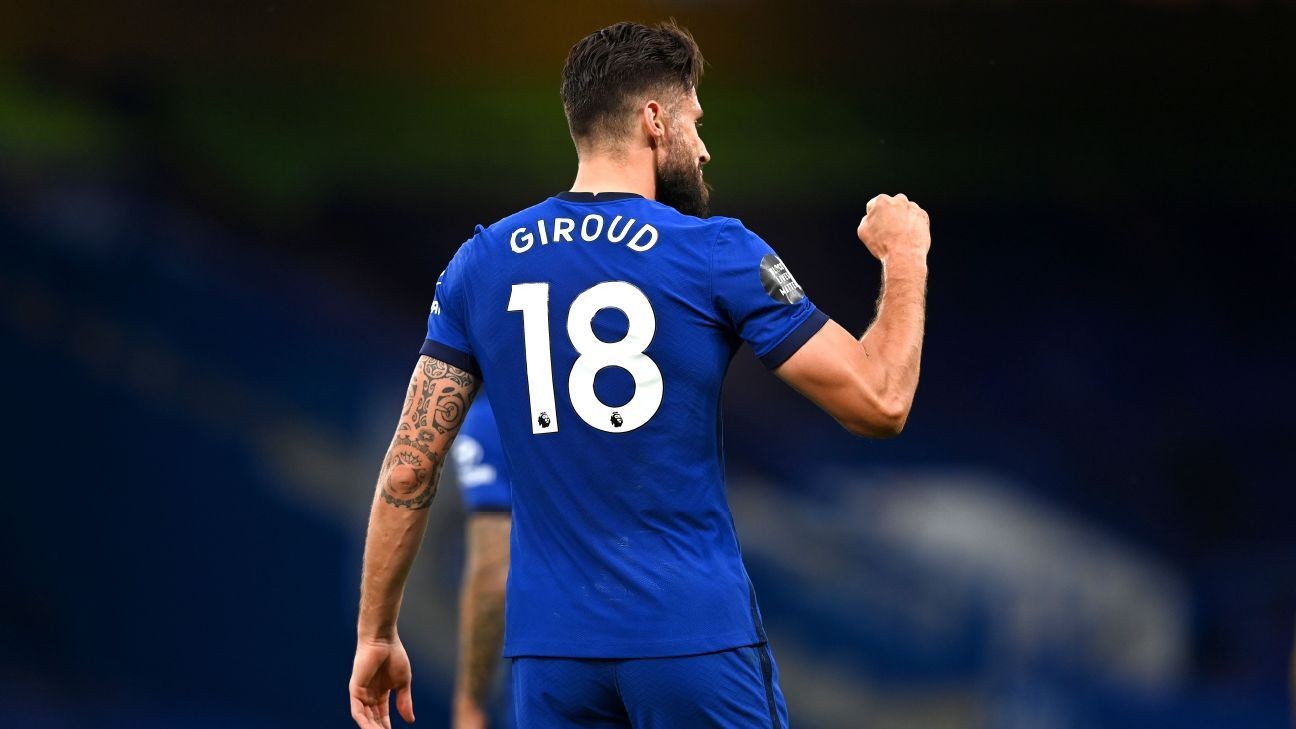 Chelsea returned to winning ways on Tuesday night after a 1-0 win over already-relegated Norwich City.

At times in the first half, the Blues looked a tad uninspired, with Norwich defending resolutely on the edge of their penalty area. However, the home team's persistence paid off just before half-time, as Christian Pulisic's pinpoint cross picked out Olivier Giroud in the penalty area, who headed home decisively. In the second period, Frank Lampard's side almost doubled their lead, but good goalkeeping from Tim Krul ensured the score line remained a respectable one for the visitors.

The result reestablishes Chelsea's four-point gap over fourth-placed Leicester City and fifth-placed Manchester United, however both clubs have a game in hand over the West London outfit.

The continued goal-scoring form of Giroud will please Frank Lampard greatly, as he has an experienced marksman at his disposal who's currently in a rich vein of form for the crucial run-in. Additionally, Cesar Azpilicueta and Marcos Alonso looked especially lively, providing much-needed width and dangerous crosses. The defensive solidity was also notable, as Todd Cantwell failed to find any joy up against the Chelsea backline.

For much of the first half, the Blues struggled to break down a stubborn Norwich defence. Crosses were often wasted and key chances were squandered by the likes of Pulisic and Giroud. Both men would later combine brilliantly for the opening goal, but the staleness and slow nature of Chelsea's play was visible for a period of time.

7 -- Opted to play Giroud up front, who was preferred to Tammy Abraham. This turned out to be a masterstroke, as the Frenchman scored a vital first-half goal while also working hard for the cause. Elsewhere, Kurt Zouma and Antonio Rudiger appeared to function much better as a defensive partnership on the night, something that will surely please the Chelsea boss. The only change that didn't pan out as hoped was the inclusion of Ruben Loftus-Cheek, who really struggled to get into the game.

GK Kepa Arrizabalaga, 6 -- Had very little to do, with Norwich largely reduced to speculative long-range efforts.

DF Cesar Azpilicueta, 8 -- A bastion of defensive solidity, the captain was also excellent going forward, contributing a few dangerous crosses that almost yielded success. Led from the front in just about every aspect.

DF Antonio Rudiger, 7 -- Surprisingly, the German defender was one of the best players on the ball throughout, after pumping a handful of great long-balls forward that found their intended targets. In spite of some over-zealous fouls, it was a fine return to form.

DF Kurt Zouma, 6 -- After a less that convincing display at Bramall Lane last week, this was a far more assured showing from the defender. Partnered Rudiger very well at the heart of the Chelsea backline.

DF Marcos Alonso, 7 -- With much of Chelsea's play focused down the left channel, he was heavily involved in the side's attacking phases. Put in some dangerous crosses for the aerially gifted Giroud.

Oliver Giroud's goal was the difference as Chelsea picked up a vital three points in their chase for a Champions League place. Getty

MF Jorginho, 7 -- As the more defensive-minded central midfielder, he fulfilled his duties remarkably well, turning the ball over on a number of occasions. Simple, but very effective.

MF Ruben Loftus-Cheek, 6 -- Was somewhat of a peripheral figure, especially in the first half. Struggled to stamp his authority on the game.

FW Willian, 7 -- Didn't see too much of the ball, but when he did, the Brazilian looked very threatening. Saw a number of his shots blocked or saved after cutting in from wide, but his overall desire was a pleasant addition to the game.

FW Christian Pulisic, 7 -- Whipped in a beautiful cross for Giroud's opener, in what was another clear example of the American's quality. The 21-year-old almost added a goal of his own just prior, forcing a fine save from Krul.

FW Olivier Giroud, 8 -- Another trademark header from the World Cup winner, who demonstrated excellent aptitude throughout. He isn't known for being especially prolific, but that's now three goals in his past three Premier League starts for the veteran striker.

MF Ross Barkley, 6 -- Replaced Loftus-Cheek on the hour mark. Looked sharp in the final third but was ultimately unable to get a clean shot off.

FW Callum Hudson-Odoi, N/R -- One or two flashes of quality but he was introduced too late to have a meaningful impact.