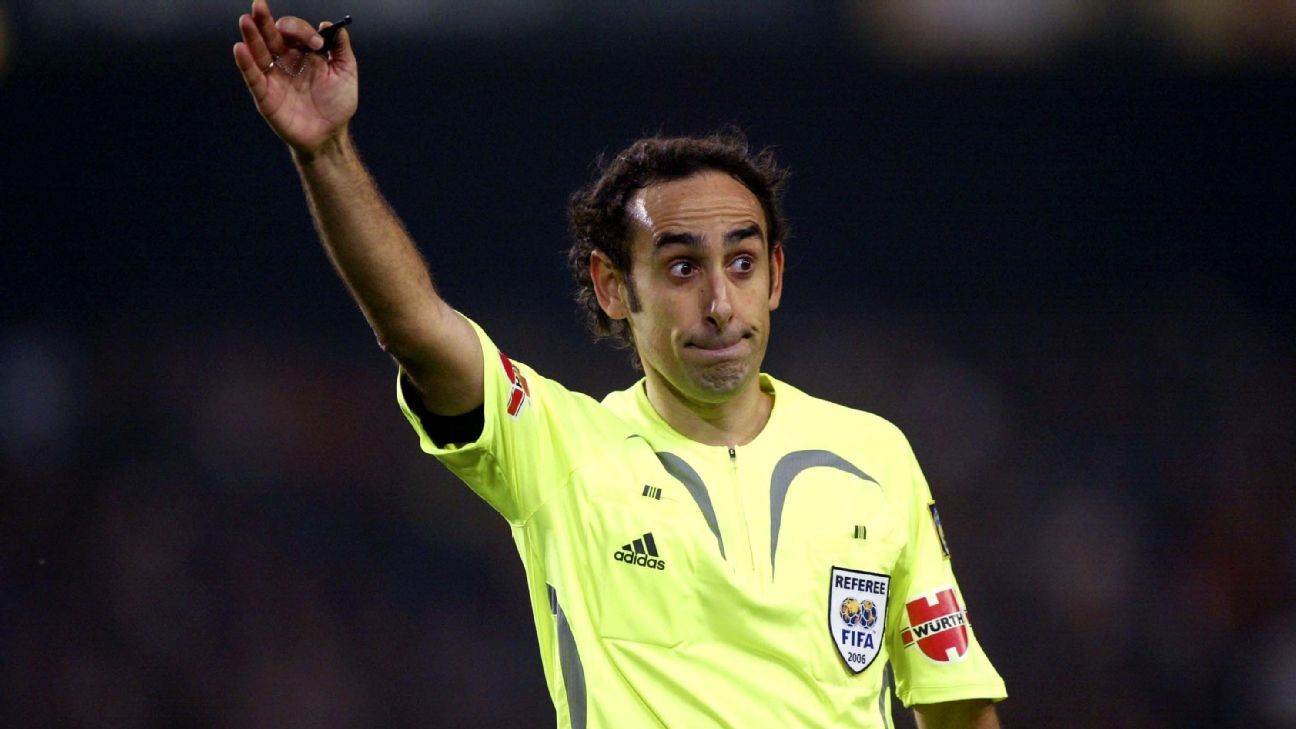 Julien Laurens commends La Liga for trying a different plan for restarting the season. Sid Lowe explains some of the roadblocks La Liga will have to work around when action resumes in June. Real Madrid's Thibaut Courtois insists his side are raring to go when the season restarts. Sid Lowe explains the process of La Liga resuming play and the confidence league officials have for a restart.

Former referee Eduardo Iturralde Gonzalez has claimed 90% of match officials in Spain support Real Madrid and the other 10% lean towards Barcelona.

Iturralde, who refereed almost 300 games in La Liga before retiring in 2012, said the fact so many people in the country support Madrid from a young age translates into the makeup of the league's referees.

"Around 90% go with Real and 10% with Barcelona," he told Cadena Ser when asked how many officials have a soft spot for Madrid or Barca. "Whether Barca [fans] like it or not, 70% of the Spanish population, excluding Catalonia, are Real Madrid supporters.

"There are more Barca fans these days because the younger generation has seen the trophies they won under [Pep] Guardiola. But before the 'Lionel Messi era,' how many people supported Madrid in Spain? About 70%?"

"Personally, I don't care about one or the other. I'm Athletic [Bilbao]. Everyone knows that I am Athletic, but I would go against them to try and be fair."

Iturralde has previously said that most referees are Madrid fans, although he didn't name a percentage.

"The majority of referees are Real Madrid [supporters]," he said in 2014. "We don't come from Mars. You become a referee because you like football and there's no one that likes football that doesn't have a team.

Iturralde's comments come just one week after English referee Mark Clattenburg admitted Sergio Ramos' crucial opener in the 2016 Champions League final against Atletico Madrid should have been ruled out for offside. Madrid went on to beat Atletico 5-3 on penalties.

Barca and Madrid protest often about being harshly treated by match officials.

Barcelona complained to the Royal Spanish Football Federation in December after they were denied a late penalty in 2-2 draw at Real Sociedad.

They also felt victimised when Frenkie de Jong was denied a penalty in their Copa del Rey exit at the hands of Athletic Bilbao in February.

Madrid, meanwhile, have also had their fair share of grievances with officiating this season. Captain Ramos ranted about Alejandro Hernandez Hernandez after his side's loss to Levante earlier this year.

Barca and Madrid are both back in training and are awaiting the go-ahead from the Spanish government to resume their tussle for the title. Barca were two points clear when the league was suspended in March.

La Liga chief Javier Tebas is hopeful of resuming the competition on either June 12 or June 19.