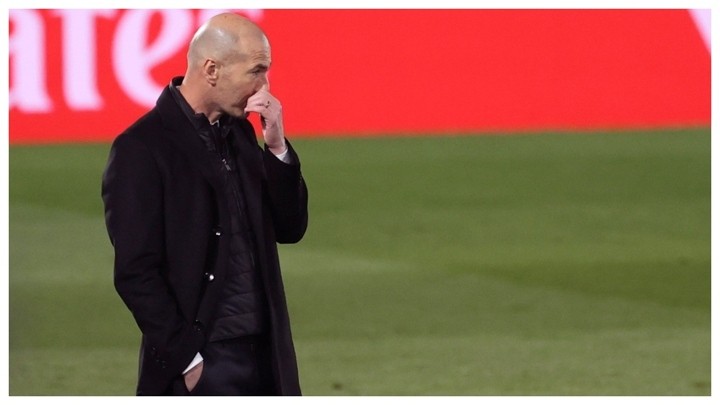 Real Madrid stumbled to a 1-1 draw with Real Sociedad on Monday night, which means that Los Blancos are five points behind bitter rivals Atletico Madrid going into next weekend's Madrid derby.

The derby really is a must-win for Real Madrid now, who will face an Atleti side that still have a game in hand over their city neighbours.

Real Madrid have already managed to beat Atletico this season, when they ran out 2-0 winners at Valdebebas back in December during their hot streak of six wins on the trot.

However, it may potentially be Barcelona who benefit the most from the Madrid derby, assuming they get a result against Osasuna, as they know that one of the sides above them have to drop points.

Real Madrid had registered five consecutive wins in the league and the Champions League without conceding a single goal before they came up against Real Sociedad on Monday night.

Portu broke the deadlock just after the half-time break before Vinicius Junior scored a late equaliser in the 89th minute to rescue a point for Real Madrid.