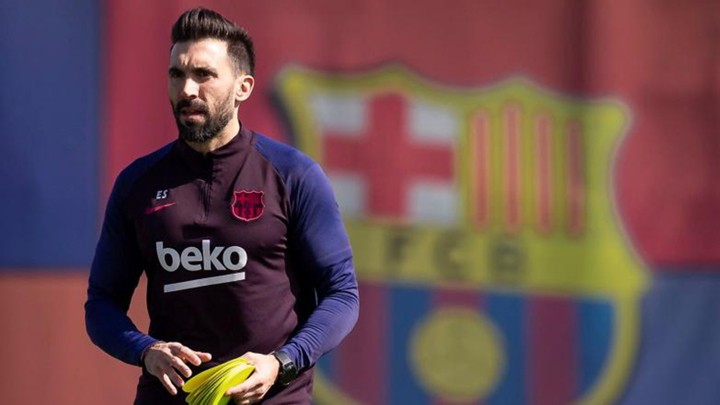 Eder Sarabia denies the storm that surrounded him last month caused problems for him behind the scenes at Barcelona.

The coach came under fire for his pitch-side behaviour during Barcelona's loss to Real Madrid in early March, with players reportedly far from pleased by how he conducted himself.

"A lot of noise was generated," Sarabia said on Instagram Live.

"We apologised because things have to be controlled and improved upon, but there was no problem and we have a great relationship with the players.

"We fit in very well and we're delighted with them."

Barcelona's dressing room consists of a number of different personalities, but Sarabia says that it's hard to understand the players before working with them.

"Until you're inside the dressing room and know them then you don't fully understand how they are," he explained.

"There are a lot of things behind each of them.

"They're very different and it's important for a coach to know that to get the best out of them."

"He's the best footballer of all time and the best athlete as well," he said.

"He's incredible in every way because of his knowledge of the game and his execution.

"It's a privilege to work with him."