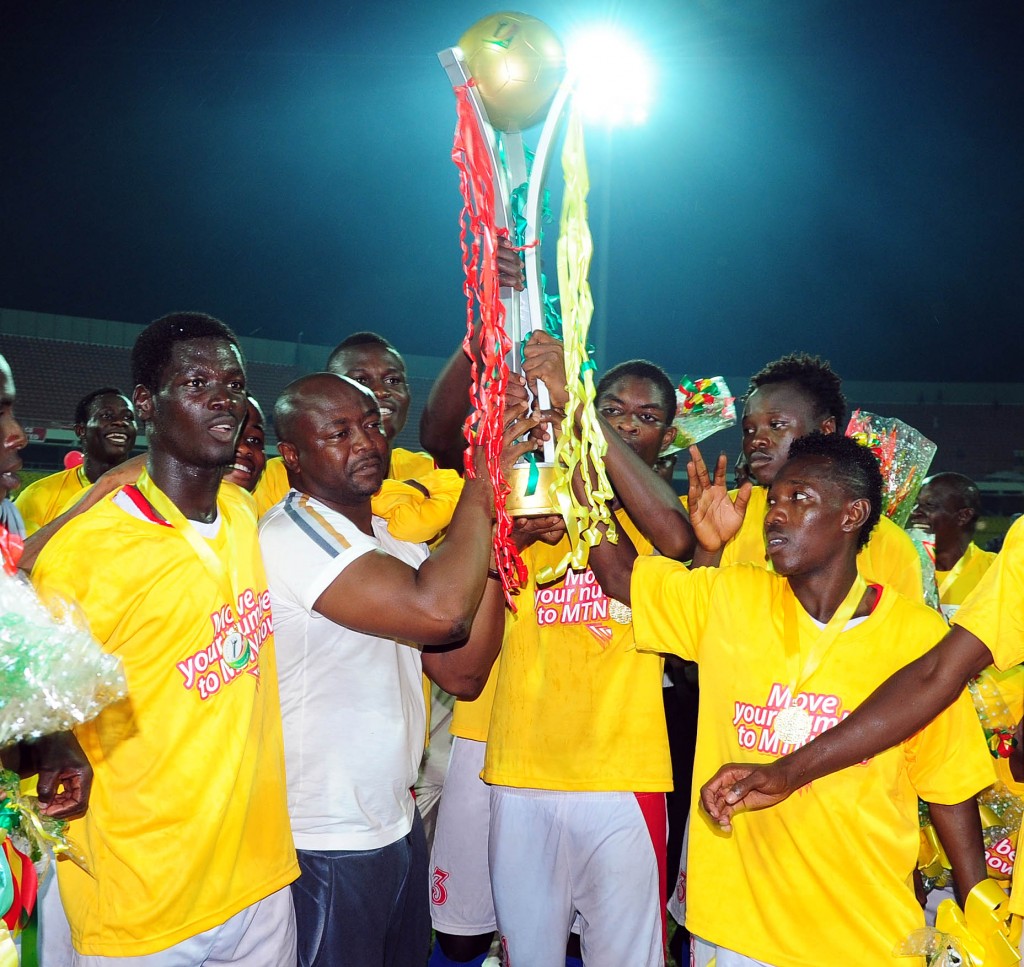 Nania FC made history by becoming the first team outside the top-flight to win the MTN Ghana FA Cup when beating holders Asante Kotoko 1-0 after extra-time on Sunday.

The Accra-based side, owned and coached by legend Abedi Pele, won the final thanks to a goal scored by substitute Evan Omani. Omani was teed up inside Kotokoâ€™s box and the forward back-heeled to beat hapless goalkeeper Soulama Abdoulaye who was stuck on his line in the 105th minute.

Nania recovered from a poor first half extra-time to sting the eight-time winners of the FA Cup to bring more glory to their club owner who led the side on the pitch.

The first half ended with Nania FC dominating proceedings with a replica of a Barcelona-style of football but lacked the finishing power.

Kotoko were quiet but had they had moreopportunities and they could have opened the scoring with experienced duo of Ahmed Toure and Alex Asamoah upfront with several chances.

In stoppage time of the first 45 minutes, Nania midfielder Prince Baffooeâ€™s shot slipped through the hands of goalkeeper Soulama but the resultant corner-kick was wasted.

Earlier in the 21st minute, Kotoko striker Toure accelerated on the break controlled in the area and laid a pass to the on-rushing Boateng but the latter shot wide disappointingly.

The script was the same in the second half with Nania winning the plaudits but failing to finish off a lacklustre Kotoko side. The highlights only came in time added on.

First, a lovely header on goal by Nania FCâ€™s Babamu Yussif was saved by goalie Soulama who stretched to keep the scoreline still barren.

On 94 minutes, Nania goalkeeper Michael Osai was forced to make a double save inside the box. He failed to clutch Frank Boatengâ€™s powerful shot from 20-yards to his chest fell to Nathaniel Asamoah whose shot was saved again.

Then came the substitute Omani who scored with a beautiful goal to seal the historic victory to keep Abedi Pele firmly in ther historic books of Ghana football.

The FA Cup was revived this season after a ten-year break and was sponsored by telecommunication giants MTN.

Follow live commentary on MTNFootball.com by clicking on the link below