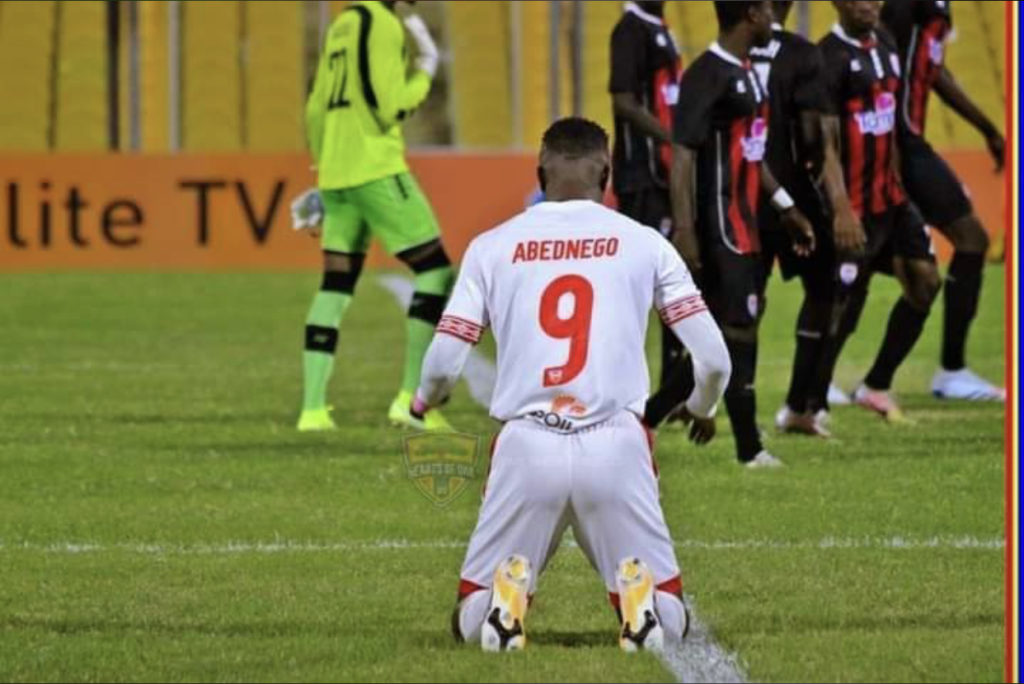 Ghanaian striker Abednego Tetteh admits he failed at Hearts of Oak and that has left him worried.

Tetteh joined Hearts of Oak with high hopes but endured a difficult time which ended recently because the club terminated his contract.

The former Bechem United talisman spent more time on the bench and sometimes did not make the matchday squad.

“Anyone who says I couldn’t play Hearts of Oak is right because everybody is entitled to his or her opinion. I had two ambitions at the time I was joining Hearts, I was not keen on personal glory but what worries me is that I was not given much playing time” said Tetteh who made his Black Stars debut in 2016.

At the time he was a hotcake, banging in goals in the Ghana Premier League for Bechem United.

Tetteh was signed by Sudanese giants Al Hilal and later played in Ethiopia and India before returning to Ghana last year.