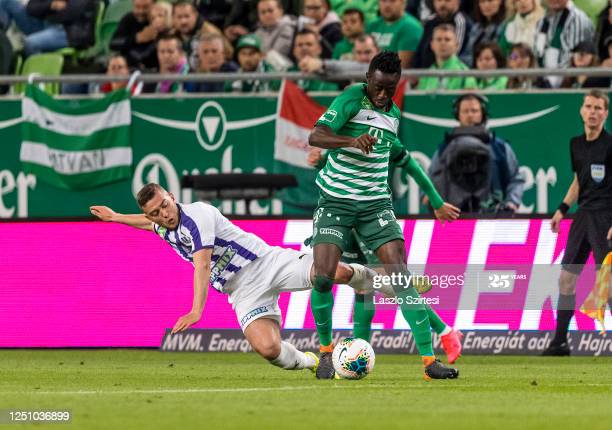 Ghanaian defender Abraham Frimpong played the entire duration of Ferencvárosi's thrilling draw in Norway against Molde in the final round of qualifiers for the UEFA Champions League group stages.

The strong guardsman was solid in the heart of defense as the visitors secured a 3-3 draw at the Aker Arena, putting them in an advantageous position ahead of the return leg next Tuesday.

The visitors wasted no time in taking the lead after a good opening spell saw Frank Boli scored the opener after just seven minutes.

Myrto Uzuni then doubled the lead eight minutes after the break, but Ferencvarosi lost concentration as Molde clawed back and took the lead.

The Norwegians shot into the lead through Martin Ellingsen, but there was time for Ferencvarosi to snatch an equalizer after they were rewarded a penalty late into the game.

Igor Kharatin elected himself for the spot kick and made no mistake.

Ferencvarosi are unbeaten on the road in this season's UEFA Champions League.