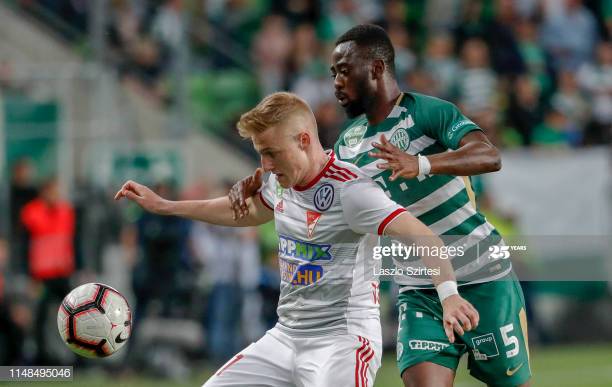 Defender Abraham Frimpong and his Ferencvarosi side have been paired against Swedish club Djurgadens in the first round of qualifiers of next season's UEFA Champions League.

Ferencvarosi are champions of Hungary, but will have to go through qualifiers to secure their places in the group stages of the competition.

Captain Gergő Lovrencsics insists they are prepared for their opponents.

"In the Champions League, every team is a tough opponent, no matter which country it comes from, it is the champion of that country," said Gergő Lovrencsics.

“I’ve already played against the Swedish AIK in the colors of Lech Poznan, so I have experience of Nordic style, we have to prepare for tough football. I am confident that the professional staff will properly prepare the team. We are also playing a champion against MTK Budapest before the qualifiers, this can be a great rehearsal. It is gratifying to be able to play at home," he added.

The Hungarian champions have already started preparations ahead of the new campaign which starts on Friday.

They start the defence of their Hungarian title with an away trip to MTK Budapest.

The first leg will be played on August 18.