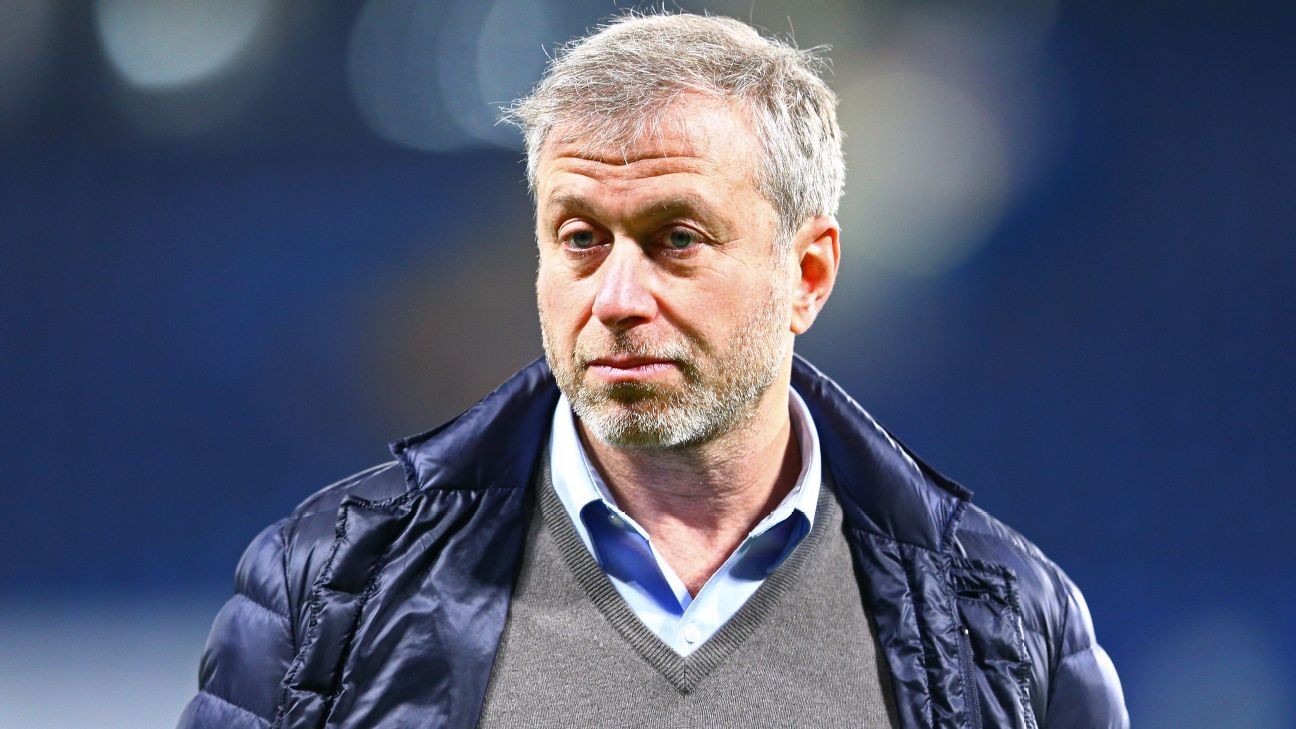 Russian oligarch Roman Abramovich on Thursday denied media reports that he has asked for his loan to Chelsea football club to be repaid, saying that the suggestions are "entirely false."

Premier League Chelsea were put up for sale by Abramovich following Russia's invasion of Ukraine and before sanctions were imposed on him by the British government.

- Sources: Chelsea in race to finalise new owners
- Olley: How sanctions, confusion are affecting Chelsea's squad planning for next season
- Don't have ESPN? Get instant access

A consortium led by Los Angeles Dodgers part-owner Todd Boehly has been in negotiations to buy the club for $3 billion while British billionaire Jim Ratcliffe is not giving up on a bid despite apparent rejection from the U.S. bank handling the sale.

The loan Abramovich made to Chelsea is reported to total 1.5 billion pounds ($1.85 billion).

"Firstly, Mr Abramovich's intentions in relation to gifting the proceeds from the Chelsea sale to charity have not changed," his spokesperson said in a statement published on Chelsea's website.

"As part of Mr Abramovich's objective to find a good custodian for Chelsea FC, he has however encouraged each bidder throughout this process to commit investing in the club."

"That means that the funds will be frozen and subject to a legal procedure governed by authorities," the statement read.

"These funds are still earmarked for the [Chelsea] Foundation. The government are aware of these restrictions as well as the legal implications.