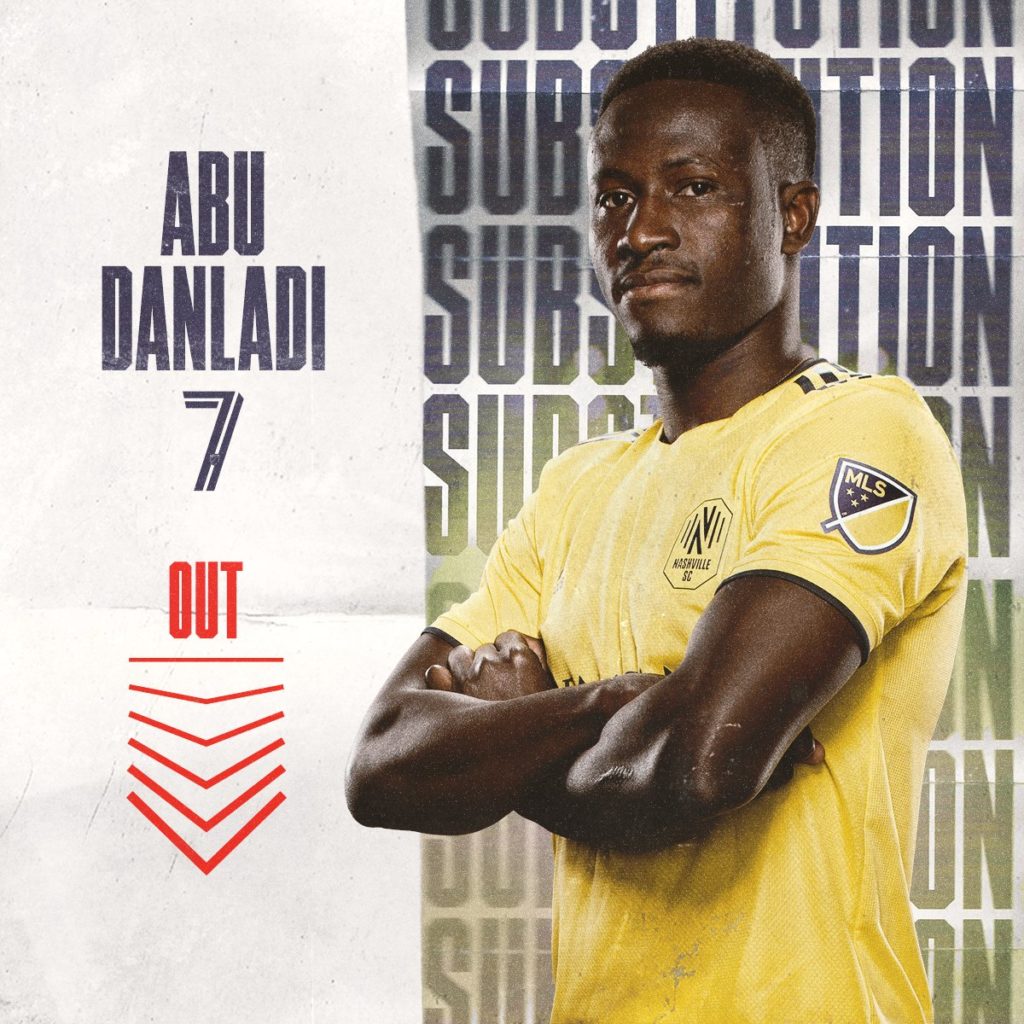 Ghanaian forward Abu Danladi was in action for MLS side Nashville SC as they beat Inter Miami on Sunday.

The 24-year old played 46 minutes of the game, and was replaced by Hany Muktar as the home side secured a vital home win.

Midfielder Anibal Godoy’s screamer in the 53rd minute snatched victory for the Boys in Gold.

The visitors, Inter Miami took 18 shots throughout the match, but Nashville blocked 10 and saved five of them at the Nissan Stadium.

Nashville scored an early goal through Alex Muyl, but the goal was called off by VAR due to a foul in the box.

Miami created a couple of chances in the 26th minute as a shot was blocked by defender Alistair Johnston and cleared for a corner kick.

Both sides had chances to break the deadlock, but it was until the 53rd minute when Anibal Godoy netted a scorcher.